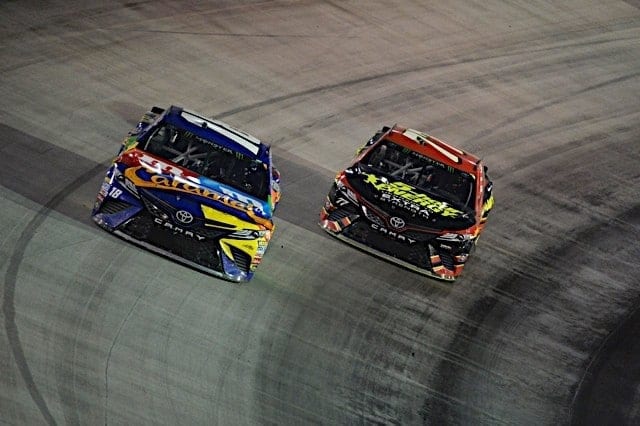 The Monster Energy NASCAR Cup Series heads to the Bristol Motor Speedway this weekend for the second short track event of the season. 39 cars make up this week’s entry list, the most entries since the season-opening Daytona 500.

Landon Cassill will be back behind the wheel of the No. 00 car for StarCom Racing for the third consecutive week.  He announced via Twitter Monday morning, “Uncle Derrike is bringing me back for another one.”

Harrison Rhodes will make his third consecutive start in the No. 51 car for Rick Ware Racing after coming off a career-best 22nd place finish this past weekend at the Texas Motor Speedway.

Chad Finchum will make his Monster Energy NASCAR Cup Series debut in the No. 66 for MBM Motorsports owned by Carl Long.  Finchum runs full-time for the team in the XFINITY Series, and has a best finish of 28th this season.  He also has 1 career K&N Pro Series East win at the Bristol Motor Speedway in 2016.

Corey LaJoie returns to the No. 72 car for TriStar Motorsports this weekend for his third start this season.  In his two previous starts, he has not made it past lap 25 in either race due to 2 blown engines.

DJ Kennington will be back in the No. 96 car for Gaunt Brothers Racing after taking a week off after a 28th-place finish at the Martinsville Speedway two weeks ago.