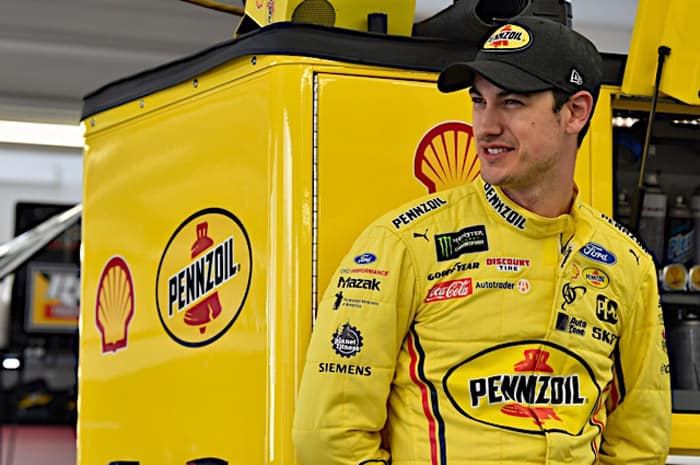 On the Thursday prior to last weekend’s second race of the season at ISM Raceway, the IndyCar community celebrated: “A Night To Remember.” It was the 25th anniversary of racing great Mario Andretti’s final IndyCar victory.

Now 78 years old (his last win came at age 53) one of the best drivers in racing deserved the honor. Andretti is one of only two men to have won races in Formula One, IndyCar, the World Sportscar Championship and NASCAR (Dan Gurney was the other to have achieved this momentous feat). He’s also the only person to win U.S. Driver of the Year in three separate decades (1967, 1978 & 1984). In short, Andretti is racing royalty and he is absolutely in the conversation for greatest driver ever – whatever the series.

Back when I worked on Verizon, we shot a commercial in which Andretti appeared. He arrived so early, we had 30 minutes to kill before the famous wheelman was needed on set. That led to perhaps my greatest ever work task as I was told I needed to keep him entertained for half an hour.

And wow, what a half hour it was. Talking racing to Mario was incredible. At the same time, he was so polite and friendly he kept asking me about my life. I did my best to answer quick and get back to those racing questions. But what a gentleman he is. Here’s to many more years on God’s good green earth for this legend.

Kyle Busch has finally broken his horrendous nine-race winless streak in the Monster Energy NASCAR Cup Series. (Poor guy, how did he survive such a barren spell – I kid, I kid). That means all three of last season’s top three MENCS finishers in the overall standings have secured NASCAR playoff berths.

And, although we are still in the early stages of the 2018 campaign, you would have to say Kyle Busch, Martin Truex Jr. and Kevin Harvick remain the ones to beat. I’d go even further and say I would expect this trio to make the Championship 4 at Homestead-Miami Raceway this November.

Last season, the three drivers in question combined to win 15 of the 36 races — Truex won eight, Busch five and Harvick twice. It’s momentum that’s carried on into 2018, a year where they’re five for seven already. At this rate, the final win ratio for the three of them will be a lot higher than 41 percent.

In terms of laps led, the numbers are even more impressive. This triumvirate has combined to lead 1,012 of the 2,145 laps run thus far. It’s nearly 50 percent of all laps run in the MENCS.

The real question, though, is who can challenge their dominance? The likes of Brad Keselowski, Joey Logano, Denny Hamlin, Jimmie Johnson (who’ll right the ship) and others will have a say. But are they already too far behind?

At this stage, and yes, I know it’s early, but Harvick, Busch and Truex Jr. look dominant. The challenge remains for everyone else but there’s at least one Championship 4 spot left under those circumstances. Which wheelman can rise to their level?

The 2017 season was a year to forget for Joey Logano. The driver Mark Martin famously dubbed as better than sliced bread had arguably (if not statistically) his worst performance given the expectations headed into the year. Logano’s sole win at the first Richmond race in April 2017 was the word that no longer exists in the official NASCAR lexicon — encumbered — and ultimately, he missed out on the playoffs altogether.

After making the Championship 4 in 2016 and coming so very close to winning it all this setback was a major blow. It’s one thing to get knocked out early in the playoffs but to miss out on NASCAR’s postseason altogether? Unthinkable for this Team Penske outfit.

This year, however, has been a much different story for Logano. He may not have won but with six finishes of seventh or better and just one “poor” finish of 19th at ISM Raceway there’s a good deal of positive momentum. It’s a point Logano emphasized on the NASCAR social media platform of choice – Twitter.

Three 6th place finishes in a row…solid finishes in the stages to score some points but at the end the caution came out and kind of bit us…just didn’t pass enough cars to get back up there. Ready for @BMSupdates

With Bristol up next, those numbers should keep on improving. Given Logano’s form on the high banks of NASCAR’s coliseum (two wins, three top fives and four top 10s in the last seven races) don’t be surprised to see him up front. Picking up his first (unencumbered) victory since the penultimate race of the 2016 season is a real possibility.

FOUR: Next Up, Bristol

Bristol Motor Speedway is the site of the eighth MENCS race of the season. This will be Cup race number 115 at Thunder Valley, a streak that runs all the way back to July 1961 – some 56 years.

Amongst active drivers, the Busch brothers dominate at this racetrack. Kyle has six career victories, leading the charge while older brother Kurt is one behind with five.

Other active drivers have proven themselves here too. Johnson, Harvick, Logano and Keselowski have a pair of wins while Kasey Kahne and Denny Hamlin have one. Last season, Johnson won the spring race with Kyle Busch winning the night race.

“This is one of our most entertaining tracks on the circuit,” said two-time winner and seven-time champion Johnson. “I show up with great optimism. I feel like we don’t necessarily qualify great there, but I always race much better.”

Let’s hope the racing improves Sunday like Johnson’s car after an up-and-down start to 2018.

Another week, another slew of pit gun problems. NASCAR’s standardized air guns have proved to be unreliable at best with plenty of drivers and crew chiefs expressing their frustration. The Kevin Harvick situation is the most notable (he blew his chance to win through pit road) but loose wheels were found early and often over 500 miles at Texas Motor Speedway.

“The pit guns have been absolutely horrible all year,” said a frustrated Harvick after the Texas race. “Our guys do a great job on pit road. The pathetic part about it is the fact you get handed something that doesn’t work correctly and those guys are just doing everything that they can to try to make it right.”

Strong words from the 2014 MENCS champion, for sure. A more diplomatic voice came from team principal Joe Gibbs but his point is essentially the same.

“I don’t like things not in our hands,” he said. “To be quite truthful, I’ve taken a stand on that. That’s something I hope we continue to really evaluate.”

Here’s hoping NASCAR can iron out these issues. If a faulty gun ends up costing someone dearly in the playoffs, well, that would be a disaster.

Logano can hall in all the top 5 and top 10’s in the world. It won’t matter unless laps are led and wins come. There is something off last year and this with the PENSKE program regarding the 22 and 2. And nobody seems to be mad about that. Given proven winners a chance to compete. Brad K. and Joey L. NO SPEED! Of course once you get to the front, it is a given you lead and many laps, yawn! The aero package and all, but getting to the front, they cannot do, and a host of other problems. They better fix it, but they seem blissfully unawares, imo.

Harvick can rightly complain about the “tire guns” but he got a freebie on the bothched non call of the tire that rolled away during I think his last pitstop.