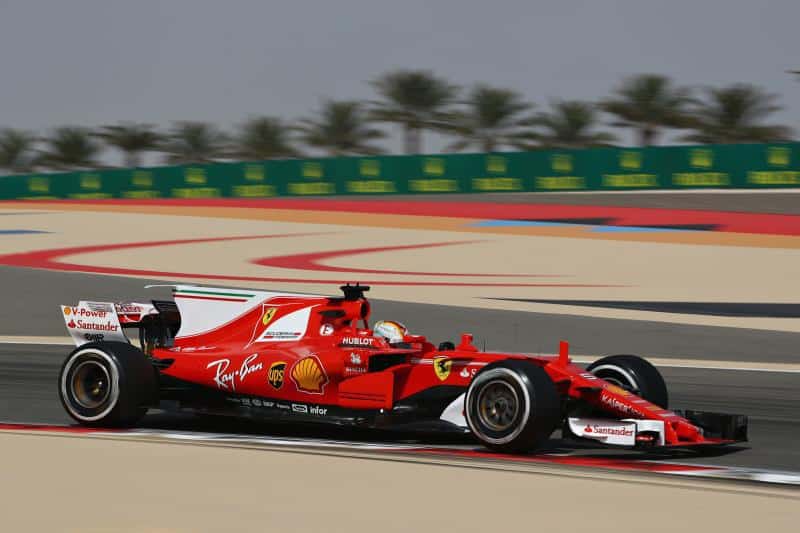 Sebastian Vettel might have earned a well-fought victory at the recent Grand Prix in Bahrain, but a lot of excitement certainly came out of this past week’s event, and it should get even better next week in China.

For one, Lewis Hamilton might have started from ninth, and did not look like he was too disappointed taking third, but the world champion was very nervous, talking frantically on the team radio about the lack of communication between pit and the driver during the race. It didn’t help when Max Vertsappen for Red Bull struck the Briton’s car on the second lap and got more damage out of it than the Mercedes. But the problem with Hamilton’s complaint about the Dutchman was the way he pushed his way through to cause such a ruckus.

The other Red Bull driver, Daniel Ricciardo, was even more devastated as the Australian retired his car on the second lap when his power unit completely quit on him. His comment was that it was like “getting stabbed in the back.” You must understand that, after seeing Toro Rosso driver Pierre Gasly finish an amazing fourth in the race, this will make Team Principal Helmut Marko begin to think that the Honda power plant might be the better alternative to the Renault engines they have been using for years … especially when the French organization has given them until the end of May to decide whether they will move on or renew their contract.

McLaren is getting much closer to where they want to be after two rounds, and believe it or not, Fernando Alonso and McLaren together find themselves in fourth and third place in the world and constructor’s championship, respectively. You must go back four years before the Spaniard has been this competitive, and that was in a Ferrari. If he keeps going like this, his contract, which will expire at the end of the season, might be renewed.

While Vettel was crowned in deserving glory, his teammate, Kimi Raikkonen, had a very hard time in Bahrain, following a third-place finish in the previous race. On lap 56, the Finn went too quickly out of the pit box after three of the newer tires were fitted on and one still needed to be replaced. Raikkonen saw the green light and thought he was given the signal to return to the track. In the process, one of the mechanics did not get out of the way fast enough and the Finn ran over his legs, fracturing the mechanics shin bone and fibula. In the melee, Ferrari, because of an unsafe release, were fined just under $ 62,000 dollars by the FIA for their actions.

With all this excitement, both good and bad, there is one item that needs to be commended, and that is the coverage of Formula 1 by American network ESPN. Two weeks ago, it was the network’s first telecast, and everything went wrong. Notable events were broken away from by commercials, the pre-race show was non-existent, and everyone complained.

Two weeks has made all the difference in the world for this sports network.

This time, there were no breakaways from the race, covered by Britain’s Sky Sports Network. Only did you see the Mother’s car wax company logo on the top right-hand side appear from time to time, never stopping the action. They must have learned from the football (soccer, for you Americans) telecasts.

The pre-race show was brilliant and covered everything for the upcoming race, (despite the two sometimes opinionated announcers raving around). Even more successful was the podium ceremony, which was shown all the way to the end, and was not cut off for another sporting event. To top it off, a woman came on afterwards, and thanked the audience for watching the race and to tune it next week for the next grand prix in China.

It proved that not only the race was good, but so too was the coverage.

And the coverage did something that was the best part of all imho. They didnt just follow the lead cars. Throughout the field if there was a battle they covered it. In addition the graphics told you that these 3 cars for example , are battling for 11th place. Made the event much more watchable.
Well done, but whether the credit goes to ESPN or SKY is the question.