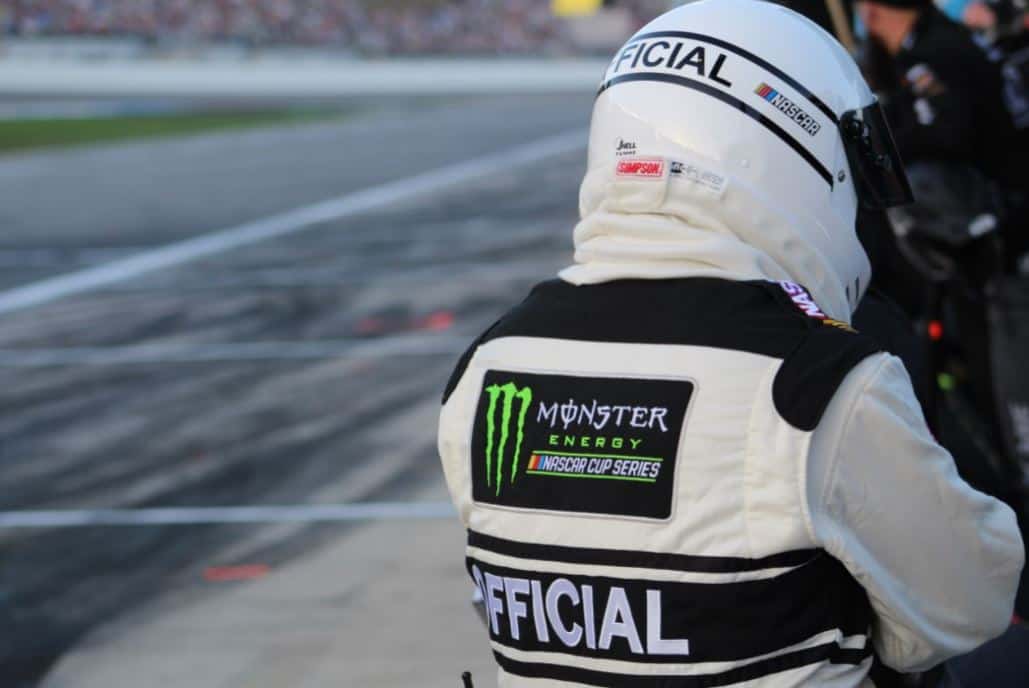 NASCAR announced Tuesday that Monster Energy had opted to extend its title sponsorship of the Cup Series for one additional season. However, NASCAR executive Steve Phelps also revealed that the sanctioning body does not expect Monster to return after 2019.

Building on a year of success, @MonsterEnergy and NASCAR announce partnership extension. pic.twitter.com/qlakUkTaSU

This means that the top level of the sport will once again be sponsorless. But he also indicated that the sanctioning body may be looking to do things differently going forward in terms of bundling television and track packages for companies. Phelps even let on to the fact that the practice of selling the naming rights to the Cup tour might end entirely.

This may initially seem like a “falling sky” situation. However, not only is doomsday not upon us … this actually may stand to benefit the sport as a whole. Here’s why:

Not many companies can afford to both sponsor and promote the Cup Series like they need to in order to see any type of return on their investment. The amount required by NASCAR immediately excludes a multitude of potential suitors.

Think about this: there is an “official” everything of NASCAR. From battery to airline to mortgage provider, companies line up to throw NASCAR a check and acquire the use of that logo to associate it with their product or service.

Without a title sponsor position, interested companies may look to become official partners instead.

2. Monster will likely look for a new role

You don’t just toss millions of advertising dollars at a sport for three years only to walk away. Even if Monster Energy is no longer the title sponsor, there’s no reason to think that the company won’t continue to participate.

They already sponsor the No. 41 Stewart Haas Racing Ford of Kurt Busch for multiple races. They could potentially increase their involvement at SHR. Perhaps they take on a title sponsorship of a race or a track. Maybe they look to continue as one of the mentioned official partners.

3. The landscape is changing

It goes without saying that business advertising has changed quite a bit since NASCAR first added a corporate nametag to their top division in 1972. Back then, to get their name out there, companies had to do big things. There weren’t many ways to reach millions of people. Winston was able to connect with a lot of fans and the brand became synonymous with NASCAR.

Now, there’s the internet, apps, social media and so much more. Companies don’t need an avenue like a sports title sponsorship to get the mass exposure.

That isn’t a knock on NASCAR. It’s merely an outdated method of advertising and companies don’t see the value being worth the cost.

4. It could provide some continuity

In all likelihood, any corporation that stamps its name all over the Cup Series is going to want some kind of differentiating element. Maybe something about the tour to be significant to their period of involvement.

This could mean a multitude of things, but one thing is certain: even more changes are ahead.

We all know how much fans love changes (sarcasm intended). So this could give the sport’s leaders a chance to implement things that can be static for years to come. Whether that means sticking with a points format or handing out the same design championship trophy for a few decades, the sport could use some of that consistency.

I’ve watched Winston, Nextel, Sprint and Monster Energy Cup races. Never once has my enjoyment been enhanced or diminished based solely on the title sponsor.

At the end of the day, it really is just a name.

With companies not exactly lining up to inquire about being the number one name in the sport, that means the marketing department has to go out and find them. It takes a lot of people spending a lot of time to find the next great NASCAR sponsor.

Not having a title sponsor would allow the sanctioning body to reallocate a lot of valuable resources (namely time and people) to other, more purposeful ventures.

Racing is one of the few sports in the United States where the league sells its naming rights. Such things have never been done with the NFL, NBA or MLB. Yet these organizations have always found ways to monetize appropriately.

True, NASCAR doesn’t have all of the means available that other sports leagues might but there is no reason that they wouldn’t be able to generate enough revenue via other methods.

After seeing a name attached to the Cup Series for so long, I have to think the sudden lack of such might be viewed by some companies as an open door. Competitors of previous name holders could hold an especially increased interest level.

When Nextel/ Sprint held the rights, they eventually squeezed the other cell phone carriers out of the sport. Without any particular business holding that level of control, it could open the door for new participants to the motorsports game.

9. We can stop referring to Richard Petty as a Monster Energy NASCAR Cup Series champion

NASCAR has a questionable habit of referring to accomplishments of past drivers based on the current series name. When Dale Earnhardt Jr. won two championships in the lower tier, it was called the NASCAR Busch Series.

Now he is labeled as an XFINITY Series champ even though the company didn’t exist in 1998. Awkward at best, but in all honesty, it’s factually incorrect. NASCAR shouldn’t be trying to go through its history book with whiteout every time a new company ponies up the cash to have their logo on the trophy.

Perhaps that one is just a personal preference.

We’ll have to wait and see what the Monster plans are for race team sponsorship. They probably will want to keep their name out there but it depends on the ROI, like always.

Thanks you for pointing out the absurdity of calling Petty a Monster Cup champion. When in doubt, just say a Nascar champ, and forget making them selves look pathetic.