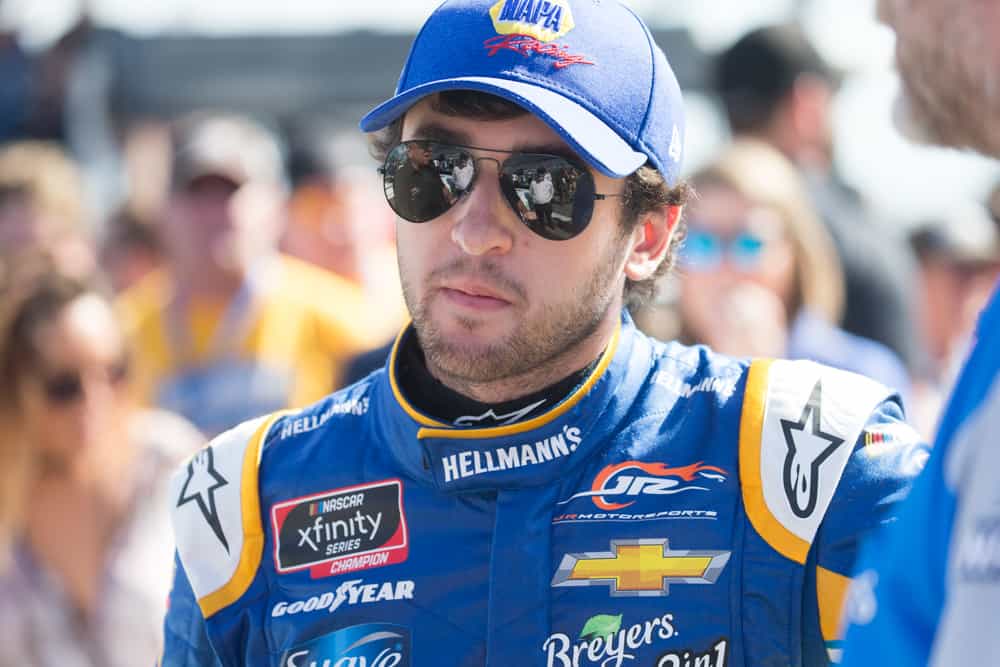 During teardown at NASCAR’s R&D center, it was deemed that a brace supporting the rear window of the car driven by Chase Elliott did not meet the specifications for keeping the window glass rigid in all directions, thus violating Sections 20.4.8.1 of the NASCAR rulebook.

Crew chief Alan Gustafson was fined $50,000 and suspended for the next two MENCS races. Kenny Francis will substitute for Gustafson in those races.

Additionally, the No. 9 Hendrick team was docked 20 owners points, and Elliott lost 20 driver points, dropping him from 15th to 18th in points behind teammate William Byron.

Hendrick has decided not to appeal the penalty.

It is the second time Elliott’s team has received a severe penalty from NASCAR in 2018; a rear-suspension issue at ISM Raceway also docked the team points and money, though Gustafson was not suspended.

Obviously they didn’t do as good a job as the SHR folks.

Is Chad looking after the 9 back at the factory?

i though the same thing!

Oh how funny is that. The big mouth cry baby who tattles on everyone else, gets caught for the same thing. LOL. Will Ralphie Earnhardt chime in on this? Another tattle tale.

Chase is certainly no tattle tale. All he did in the Harvick situation was respond to Alan’s request that he look at Kevin’s rear window.

Maybe you should go back to whining and crying like a baby about how poor Joey is getting screwed by NASCAR and Penske, as you routinely do every week.

This is great news for Chase – he will be without Alan Gustafson for two races. If only the suspension were for the whole season! How incompetent does a crew chief need to be to be unware that his driver is a lap down? On the last caution, Chase had just pitted and was a lap down, but eligible for the wave-around. But the genius on the pit box called him in to pit with the leaders, incurring another penalty and insuring that he would not finish on the lead lap. Gustafson may be a nice buy, but there have simply been too many mistakes. If Hendrick were the great leader he pretends to be, he would make a permanent change NOW.