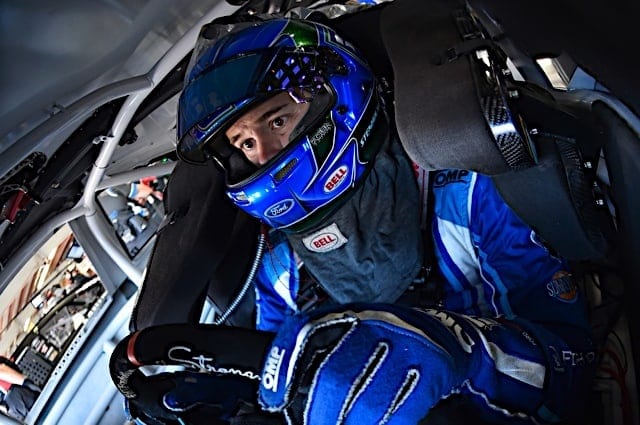 So, uh, how about Roush Fenway Racing?

Truly, 2017 feels like a far-off memory rather than no more than 15 months ago. Back then, the long-running Monster Energy NASCAR Cup Series stalwart had started off the 2017 season on a positive note, with both of its drivers within the top 20 in points through seven races alongside a top five and three top 10s between its two drivers, Ricky Stenhouse Jr. and Trevor Bayne.

Months later, Stenhouse was in the playoffs thanks to victories at Talladega Superspeedway and Daytona International Speedway. He ended up 13th overall by season’s end, while Bayne earned the best average finish in his Cup career — 19.5 — and scored six top 10s, a personal best.

But it’s a long time between November and February, and the two-car organization doesn’t seem to have shaken off the cobwebs from a multi-month rest. Entering the 2018 season’s eighth race this weekend at Bristol Motor Speedway, neither Bayne nor Stenhouse have earned top 10s. The team’s best finishes of the year? A 12th and a 13th, both from Bayne, at Texas Motor Speedway and Daytona, respectively.

It’s been discussed previously, especially in the mid-2010s when the team’s top driver, Greg Biffle, was the team’s top dog despite being in the waning years of his career (and, results-wise, it showed). But the Jack Roush-led organization is far from its prime — in fact, it’s kind of crazy to think about how much of a force the team was at the beginning of this decade vs. now.

Since 2015, just one or two of its teams have had a top-10 finish by the eighth race of the season, a far cry from a year like, say, 2011, when all four of its cars had found the top 10 by now (including Carl Edwards, who was leading the points after race No. 7). At the beginning of the decade, it was strange to not see all of Roush’s cars firing on all cylinders rather than nowadays, when it’s a bit more commonplace. As far as multi-car teams would go, its early success would be on par with that of Hendrick Motorsports, which would generally have most, if not all of its four-car operation with at least one top 10 by race eight.

Instead, we’ve got Roush as the only major team without a top 10 in 2018, and one of just two multi-car operations without one, joining Premium Motorsports’ two-car effort. The others are generally lower-budget organizations and are certainly one-car teams — Leavine Family Racing, Germain Racing, Go FAS Racing and so on.

But even if we consider Roush more of a mid-tier operation at this point (which is debatable, though it’s certainly not elite), it’s not like this hasn’t happened before.

Most recently, Richard Petty Motorsports had this issue.  In 2016, the team fielded two cars, the No. 43 for Aric Almirola and Brian Scott’s No. 44, and neither had earned a top 10 through seven races, marking the last time an operation at least somewhat on par with 2018-era Roush experienced such a thing. Almirola’s best to that point was a 12th-place result at Daytona, while Scott had managed a 12th at Auto Club Speedway.

Things didn’t get much better after race seven, either. Scott could only manage a single top five and top 10 all year, and Almirola fared even worse (though better in overall points) with one top 10 to his credit.

Something similar occurred in 2015, when the Richard Petty-owned team yet again could not manage a top 10 in the first seven races. But context is important on this one; while second driver Sam Hornish Jr. (No. 9) was indeed struggling and had just a 12th-place result at Daytona to be proud of (he eventually scored three top 10s), Almirola was actually ninth in points seven races in despite no top 10s, as he was top-20ing the field to death in a fairly unpredictable start to the 2015 season all around. Though he was unable to keep up his consistent pace, he nonetheless earned three top fives and six top 10s by season’s end.

As for other teams on or above Roush’s level, the other recent example is Furniture Row Racing, and that’s a bit of a complex one, too. In 2014, eventual 2017 champion Martin Truex Jr. was in his first season with the team, which had shot to prominence in 2013 with Kurt Busch driving. Truex only managed a top five and five top 10s all year, though it certainly wasn’t a harbinger of things to come.

Still, this isn’t necessarily cause for panic at Roush Fenway Racing headquarters. Remember, Stenhouse was a measly 19th in points at this point last season, and he eventually went to Victory Lane twice and competed for a championship. Both of the races he won are still to come on the 2018 schedule, and he’s shown to be an adept plate racer no matter the equipment.

But if Stenhouse, Bayne and co. don’t reverse their fortunes soon, all the progress of the past two years for the once-elite organization could be lost, just like that.

I think every team in NASCAR with the exception of Penske & SHR has struggled. It’s time to go back to strictly stock or change to SLM’s before we get any further down this rabbit hole. The sport is literally at the crossroads & I say this as a life long fan. Take a cue from PASS, CARS, SSS, or CRA before it’s too late…

Roush hasn’t been a major team since all their drivers with talent left, Kenseth, Edwards, Biffle. These two ride buyers are a sad excuse for talent, the only thing either of have done is luck into plate race wins, and that is truly more luck than skill. Get some drivers, Roush, these two are just not cutting it.