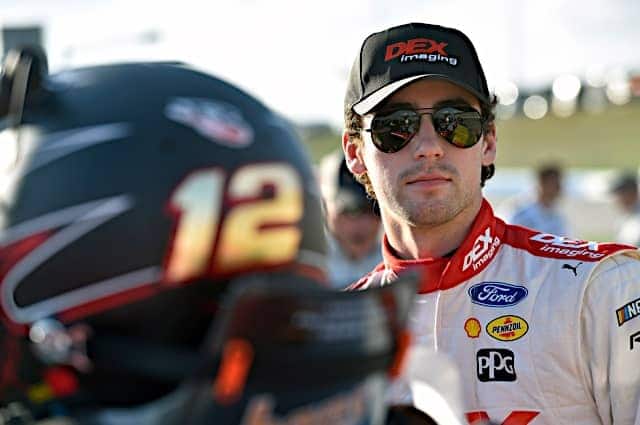 Ryan Blaney and Erik Jones both posted the fastest lap in the first and only Monster Energy NASCAR Cup Series practice session Friday afternoon (Apr. 13) from Bristol Motor Speedway. They both turned an identical quick lap of 129.887 mph (14.774 seconds).

The biggest moment in practice came with about 15 minutes remaining. That’s when Kevin Harvick’s No. 4 Stewart-Haas Racing Ford shot up into the outside wall due to a left front tire failure. The team immediately began unloading the backup car, which won’t see its first laps at speed during qualifying later today.

The top 18 drivers ran sub-15 second laps with Michael McDowell being the first driver to run over the 15-second mark in 19th on the speed charts. All 39 cars entered turned a lap in the session.

Only three drivers ran more than 10 consecutive laps. They were Jones, Bowman and Larson.

Next up for MENCS teams is qualifying for The Food City 500 later Friday afternoon. The race is scheduled to go green just past 2:30 p.m. ET Sunday from Bristol Motor Speedway.