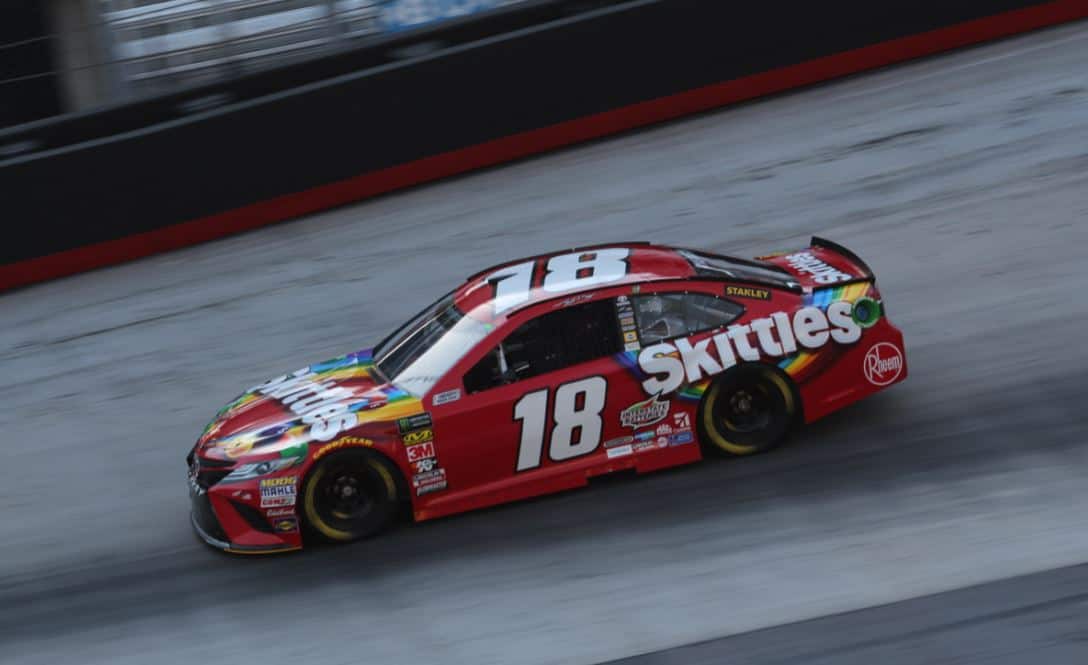 Two of the winningest drivers in Bristol Motor Speedway history will roll off on the front row together when the green flag flies for Sunday’s (Apr. 15) Food City 500.

Kyle Busch earned his second pole of the season (Atlanta), second at Bristol (2013) and 29th of his Monster Energy NASCAR Cup Series career after laying down a quick lap of 14.895 seconds (128.822 mph) in the third and final round of Busch Pole Qualifying.

His brother, Kurt, will roll off second after his 14.897-second lap (0.002 seconds slower than the No. 18) wasn’t quite good enough to earn his second pole in as many weeks.

“He always told everybody, ‘If you think I’m good, wait for my younger brother,’” Kyle joked with FS1 after qualifying. “It’s nice to come out here and grab a front row starting spot but I have to be careful to be mindful of having a good race car. Every time I’ve started up front, I’ve not ended up front and every time I’ve started in the back, I’ve ended up in the front. We’re trying to change things this time around. Thankfully, we have a fast race car to do that with.”

It’s the third time in their NASCAR careers the Busch Brothers have started 1-2. All three times, Kyle has started ahead of Kurt.

In all three rounds, the majority of teams opted to not make a lap until very late in the session, prompting a gaggle of cars on track as time wound down.

Ryan Newman, Denny Hamlin, Martin Truex Jr. and Jamie McMurray were among the notable drivers failing to make the second round.

Kevin Harvick and the No. 4 team opted not to make a qualifying attempt in their backup car. He will roll off dead last (39th) when the green flag flies.

The Food City 500 is scheduled to go green at 2:30 p.m. ET on Sunday afternoon. Television coverage can be found on FOX.

Jimmie Johnson is the defending winner of the event.