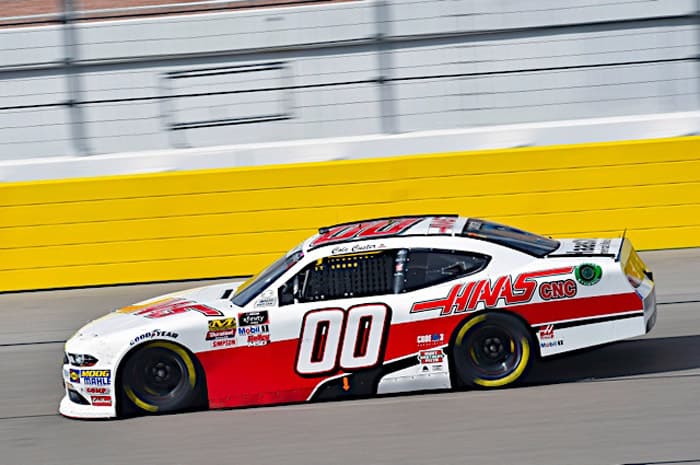 Cole Custer won his first career XFNITY Series pole on Saturday morning from Bristol Motor Speedway with a lap of 15.090 seconds (127.157 mph) around the Last Great Coliseum. It’s also the first pole in the NXS for Stewart-Haas Racing.

Justin Allgaier, who won this event in 2010, will roll off second, with Christopher Bell, Daniel Hemric and John Hunter Nemechek rounding out the top five.

Custer, Hemric, Bell and Preece are apart of the Dash 4 Cash program, awarding $100,000 to the highest finishing driver out of those four when the checkered flag flies on Saturday afternoon’s race.

XFINITY Series points leader Elliott Sadler will roll off 13th, with Ty Majeski starting 14th in his first NXS start of the season for Roush Fenway Racing as well. Majeski’s car chief was ejected after the No. 60 failed pre-qualifying inspection three times, but will be able to keep his starting spot.

Tyler Reddick failed to advance to the second round of qualifying, along with BJ McLeod and Tommy Joe Martins. But for the two Team BJ McLeod drivers, merely getting cars on track Saturday afternoon was an accomplishment in and of itself.

So @teamBJMcLeod just pulled an all nighter. Literally whole team drove back to Mooresville, prepped a completely separate car overnight (didn’t even have a seat in it), drove back, GOT THROUGH TECH, and now are about to qualify.

There was two incidents that brought out the caution throughout the three sessions. It was for Morgan Shepherd, attempting to make his 1,001st start. Unfortunately for the driver of the No. 89, he was the lone driver to fail to make the show on speed.

We'll see if he still makes the field. pic.twitter.com/6s2I4A6USU

The second incident came in the second round about two minutes in. Ryan Sieg spun out and made contact with both the inside and outside retaining walls in his No. 39.

The green flag for the Fitzgerald Glider Kits 300 is scheduled to fly at 1 p.m. ET. Erik Jones is the defending winner of the event.