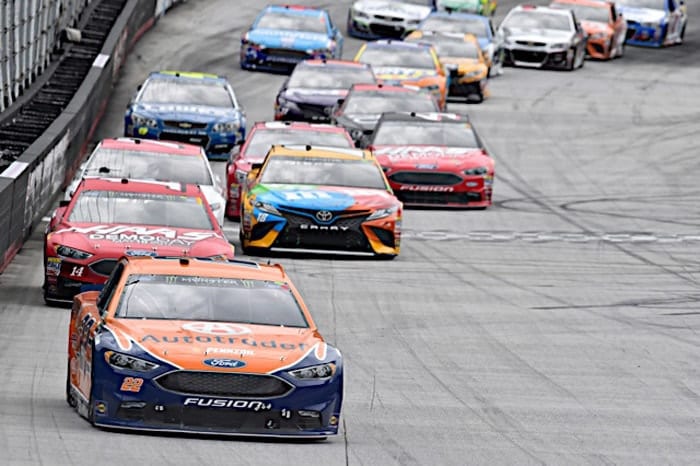 Due to expected rain on Sunday afternoon, NASCAR has made the decision to move up the start of the Monster Energy NASCAR Cup Series Food City 500 to 1 p.m. on Sunday.  While FOX has not made an official post to this regard, coverage of the race will remain on FOX.  It will just be one hour earlier.  That will mean that FOX NASCAR Sunday will begin at 12:30 p.m. on your local FOX affiliate.

The move has been made in accordance to the Monster Energy NASCAR Cup Series Rule Book.  It states that the start of the race can be moved up by a full hour with 24 hours’ notice to the teams, the track and the TV partners.

This is the second time in 2018 that NASCAR has moved up the start of a race due to forecast precipitation.  The Folds of Honor QuikTrip 500 at Atlanta on Feb. 25 was moved up an hour due to potential rain as well.  Sure enough, the rain arrived on the scene early and ultimately pushed the start of the race back until nearly 3:30 p.m.