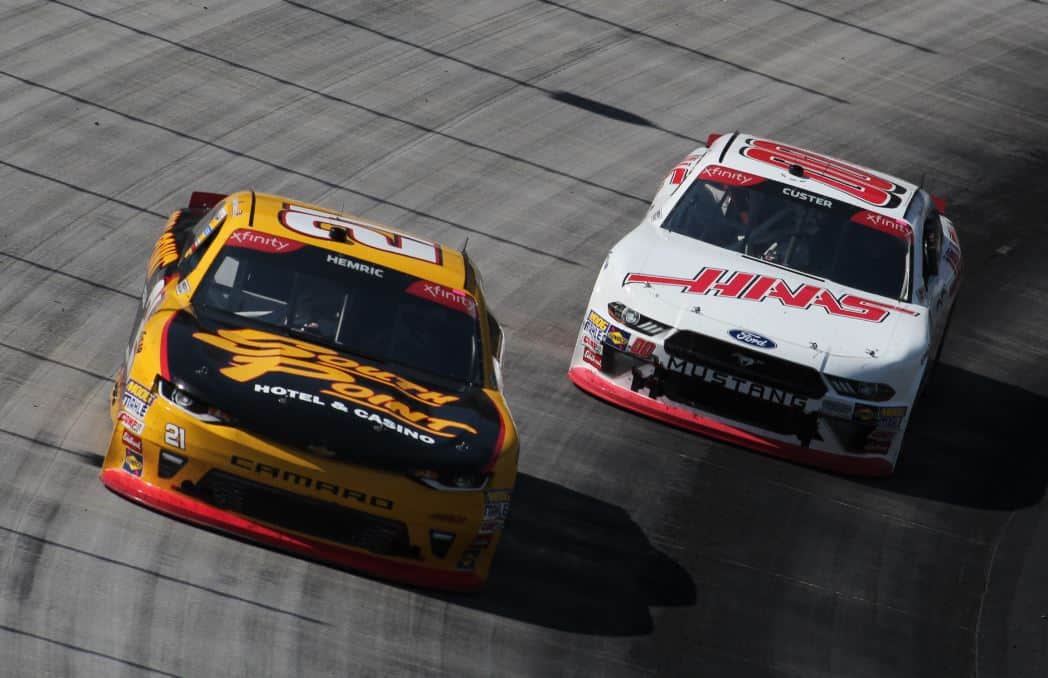 Upon completion of yesterday’s Fitzgerald Glider Kits 300, it was announced Daniel Hemric and the No. 21 Richard Childress Racing team failed post-race inspection (mechanical measurements). The L1 level penalty made him ineligible for next weekend’s Dash 4 Cash at Richmond Raceway.

The penalty (now rescinded) was for rear toe alignment being off on the car. The XFINITY Series rulebook states the penalty can only be handed down if both sides of the car are off. Upon further review of both the car and the rulebook, officials determined only one side was off. Hence, no penalty.

“We have post-race tolerance for all of our cars,” Auton explained. “This pertained to wheel toe alignment and the NASCAR XFINITY Series uses mechanical measurements. The reason we don’t announce penalties right out of the box right after a race is because we always go back, do our due diligence and make sure we have our I’s dotted and our T’s crossed. The No. 21 car came in yesterday, we inspected seven cars last night post-race. And the No. 21 car was out of tolerance on one side.”

“Going back and reviewing our numbers and reviewing the rulebook in the NXS, wheel toe alignment, it plainly states that you must have both sides out. One side was. Our officials called us over and showed us the sheets that came out of the machine once it read the car. At that point in time, we made the announcement the No. 21 car did exceed the tolerance for mechanical measurements.”

“There’s a chart in the rulebook all the teams are aware of and one side was out of tolerance, the other side was not,” Auton continued. “It didn’t exceed the numbers in the rulebook which would’ve led to a L1 penalty.”

Here is where confusion happened as far as Nascar saying Hemric would be penalized. The Xfinity rule (top) requires both sides to be off (or one if by a certain amount). In Cup, one side off in rear toe is penalty. Hemric car only off a minimal amount on one side so no penalty. pic.twitter.com/IPakxGhKEj

Auton added that NASCAR had called all parties involved once the decision was finalized. That included RCR and Joe Gibbs Racing whose driver, Brandon Jones, was initially the Dash 4 Cash replacement. Although penalties are usually announced on Tuesday, NASCAR felt getting ahead of the game would be beneficial to all parties.

“Daniel Hemric is definitely one of our bigger names in the garage area and we felt like it was only out of respect for the garage area to make sure we went ahead and got this out in front of everybody today,” Auton said. “So, there will be no penalties assessed to the No. 21 car.”

In the process NASCAR also admitted that they, in fact, do make mistakes.

"We're man enough to say we looked at it wrong." – Wayne Auton

Next up for the XFINITY Series is the ToyotaCare 250 at 7 p.m. ET from Richmond Raceway on Friday, April 20.