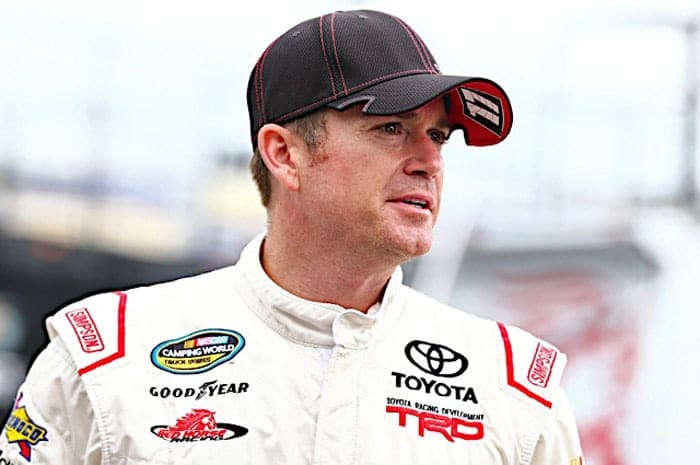 Exciting day today! Been @RickyBentonRcng with @MHester92 and guys fitting my seat! @AdvanceAuto @BlacksTire @Carquest #teamhighland Ford Fusion for @TalladegaSuperS!! Thanks Ricky & Mike and everyone there for this opportunity! Great bunch to work with! pic.twitter.com/fkMHmJ8Fsw

In March, Peters drove the No. 92 Ford F-150 for RBR in the Alpha Energy Solutions 250 at Martinsville Speedway in his only NASCAR start so far in 2018, finishing seventh.

“This is just a dream come true for me,” said Peters in a press release. “I am humbled and so appreciative for the opportunity that Ricky (Benton), Advance Auto Parts, the entire Black’s Tire family, BB&T and Highland Construction have given me to make my first Cup start.”

Peters drove full-time for Red Horse Racing from 2009 until its abrupt closure midway through 2017, winning 10 races and racking up 56 top fives, 117 top 10s and leading over 1,500 laps. Peters was runner-up in the 2012 CWTS standings behind champion James Buescher.

“Timothy is an incredibly talented driver and proved to be a great fit with our guys at Martinsville,” team owner Benton said. “He and (crew chief) Mike (Hester) worked great together, communicated well and made some great adjustments as that race progressed. I have no doubt that it will carry over to Talladega in the Cup car.”

An open team without a charter, the No. 92 ran its first race at Daytona 500 this season, finishing 14th with David Gilliland behind the wheel.