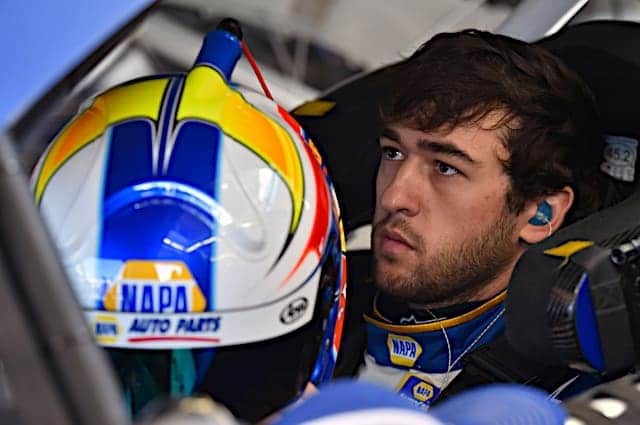 With just over a minute to go in opening Monster Energy NASCAR Cup Series practice at Richmond Raceway, Chase Elliott put some fresh rubber on the No. 9 car. That was enough to rocket him to the top of the speed chart (121.327 mph) as he attempts to put a rough 2018 start behind him.

Elliott was .046 seconds ahead of Kyle Larson, who spent much of Friday’s first practice in the top spot (121.076 mph). They’re both driving the new Chevy Camaro ZL1s which are searching for their first MENCS win since February’s Daytona 500.

Jamie McMurray posted the fourth quickest time (120.703 mph) in opening practice, just ahead of defending winner Joey Logano (120.660 mph). It’s been 36 races since the No. 22 team got to Victory Lane.

Daniel Hemric was 23rd in his first career MENCS practice, narrowly edged out by Richard Childress Racing teammates Ryan Newman and Austin Dillon. Those drivers were 20th and 21st, respectively in a middling performance for the three-car team.

All 38 cars took at least one lap and are guaranteed a spot on the grid.

Final practice is scheduled to get underway at 12:35 p.m. ET.