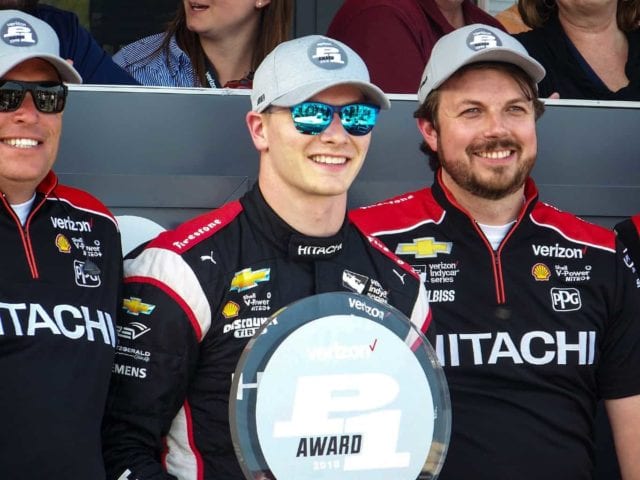 BIRMINGHAM, Alabama – Josef Newgarden edged out teammate Will Power to earn his first pole of the 2018 season. The defending series champion had only two other poles in his career, one of which came at Sonoma last season when he sealed his first championship.

The Andretti teammates of Marco Andretti and Alexander Rossi, IndyCar’s most recent winner, just missed the Fast Six and will start Sunday’s race from the seventh and eighth positions. Other notables who failed to qualify inside the Fast Six includes Simon Pagenaud (9th), Graham Rahal (15th), and Tony Kanaan (23rd).

Coverage of the Honda Indy Grand Prix of Alabama begins at 3 p.m. on NBCSN and will be broadcasted live on the Advance Auto Parts INDYCAR Radio Network. Though Saturday was hot and sunny, Sunday’s forecast is looking rainy. Firestone has a rain tire ready to rumble should rain fall on the track in Birmingham, Alabama.