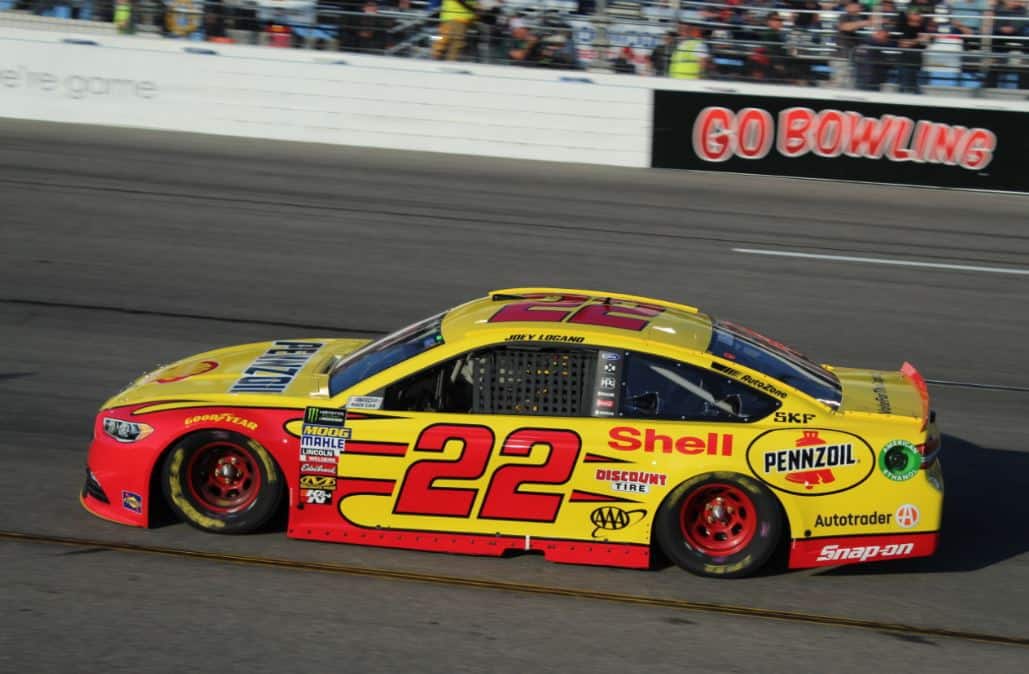 If real life worked like a Hollywood movie, then Joey Logano would have won at Saturday night’s (April 21) Toyota Owners 400 at Richmond Raceway, the site of his last win. Instead, he finished fourth.

After the race last year, Logano failed the postrace inspection, and the penalty for it prevented him from using that win to lock in a spot in the playoffs. The No. 22 team struggled for the rest of 2017 following that race, and Logano, who was a part of the Championship Four the season before, ultimately missed the playoffs.

A year has passed since that race, and Logano still has not seen Victory Lane in the Monster Energy NASCAR Cup Series. Logano is in his longest winless streak since he joined Team Penske in 2013, but it looked for a while like it would ironically end at Richmond.

Logano started the race in third and took care of his tires early on the opening run. The strategy paid off when he tracked down leader Martin Truex Jr. and passed him for the lead on lap 39. Logano established a sizable lead for most of the stage, as it was under green flag conditions for its entirety. Aric Almirola cut the lead down to six-tenths of a second late in the stage, but Logano did enough to cruise to the stage 1 win.

Kurt Busch outmaneuvered Logano on the restart to take the lead, and the No. 22 was shuffled back by Busch’s Stewart-Haas Racing teammate Clint Bowyer and Almirola. Busch and Bowyer led almost all of stage 2, but Logano proved that he once again did a better job of saving his tires. He soared around Busch, and then Bowyer a few laps later to take the race lead on lap 193, eight to go in the stage.

Logano pulled out to more than a one second lead in those eight laps and won his second stage of the evening. It looked like Logano’s race to lose.  But he lost it.

Busch again took away the lead from Logano on the next restart and the No. 22 started dropping like a rock.

“We weren’t the best when the pay window opened up at the end,” Logano said. “Everyone got their cars better…We just didn’t quite keep up with the track as well as some others.”

This Richmond race differed from last spring’s in that it ran on Saturday night instead of Sunday afternoon. The result was a race that started with the sun beaming down on the track for the early portions, with cooler conditions prevailing later in the race.

“It’s hard to say what it’s going to do,” Logano said. “We practice during the day, right, so you’re kind of going off of your notes. You don’t really know exactly what you’re going to have.”

Late race cautions gave the No. 22 crew some chances to work on the car, as well as restarts to give Logano chances to make moves.

Logano recovered to finish the race in fourth, his third top five of the season and fifth consecutive top 10. The winless streak now stands at 36 races, a full season, but Logano said that the aftermath of last year’s Richmond race wasn’t on his mind at all Saturday night.

“It was a year ago,” Logano said. “You’re still talking about it, it’s a frickin’ year ago. It would have been nice to win here a year later, that would have been kind of cool, but it’s not really what was on my mind. My mind was just thinking about how do we win again.”