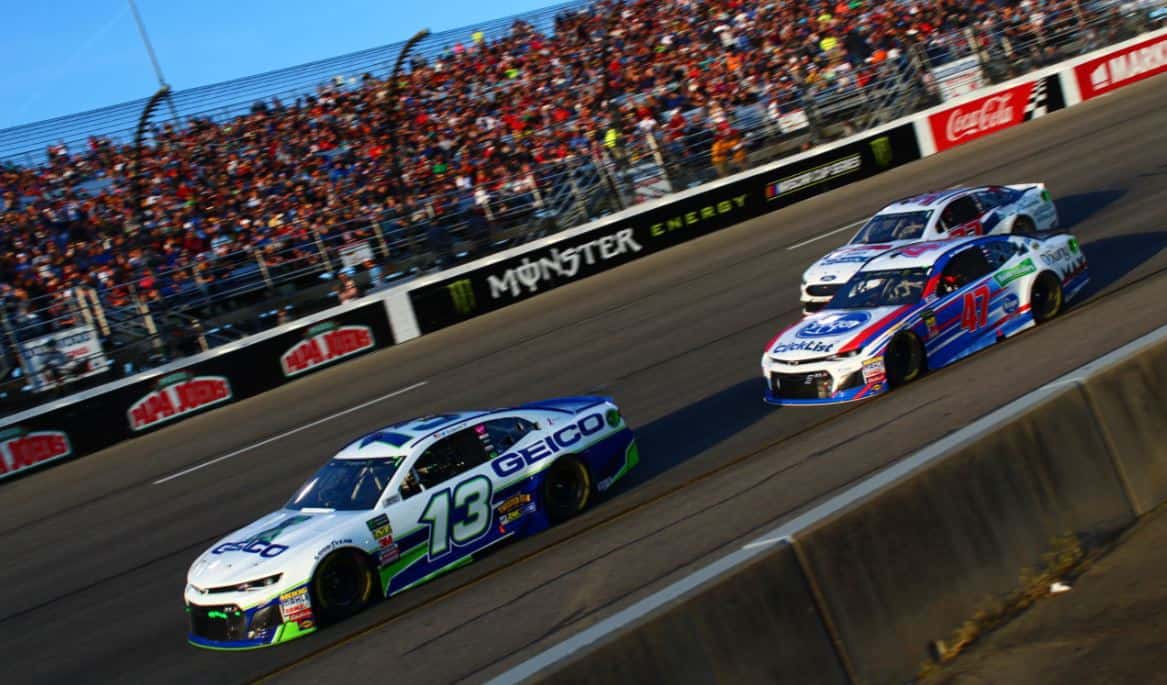 Following two weeks of mild attrition on the track and about a month of wacky weather dilemmas, Richmond Raceway was easier to digest from start to finish. For the underdogs, it was a night of simplicity that was well-needed after the 26 hours of Bristol.

Richmond was a race of comers and goers Saturday night, where guys like Aric Almirola, William Byron and Kurt Busch hit top five early before fading late for various reasons. On the underdog side of the 402-lapper, it sort of matched the aura of the event… quiet.

Though the racing was fun and battles up front were normal, it took until 45 laps to go before an on-track incident was found. Underdog teams were, in fact, involved in both accident cautions, with Cole Whitt and David Ragan suffering damage.

Outside of a couple underdog breakthroughs in the top 20, standing out proved to be tough business on a night that tested endurance.

As mentioned, only two of these teams popped into the top 20, which is generally the line between good runs and bad runs for underdogs.

This week, the Frontstretch “Underdog of the Race” spot went to Matt DiBenedetto for the first time after his 16th-place run Saturday night. The No. 32 team started 27th but eventually approached the top 20. On average, the Go Fas Racing Ford was 23rd, surely making the most of the final restarts in the last 40 laps.

“A heck of a day for us,” DiBenedetto said. “Of all the days to have good long-run speed, today was the one.”

Crossing the line on the lead lap, it was DiBenedetto’s first lead-lap finish of 2018 and his 16th place tied his best finish of the year.

“Dude, 16th for us… we outran really, really good cars all day,” he said. “Finished on the lead lap at Richmond. I couldn’t believe some of the cars we were driving by today. [I’m] really proud of this team.”

With such a small number of stoppages on a short track, it may come as a surprise to see 23 cars finish on the lead lap. DiBenedetto wasn’t the only underdog who completed all 402 laps, as 20th-place Ty Dillon joined him as the top two of the night. The No. 13 Germain Racing team made gains over the short track swing, scoring their best finish of the season (at the time) of 22nd at Martinsville before this top 20 at Richmond. And the one outlier of the past month, the 1.5-miler of Texas, Dillon drove to 13th, his best finish of 2018 to date.

For these two teams, top 20s are positives. And they became a reality again on Saturday. Unfortunately, it’s a short positive list this week. Whether it was the long runs, nighttime track conditions or just the natural goings of the race, not many came out with a building block to Talladega Superspeedway next weekend.

Darrell Wallace Jr. showed true progression in the weeks leading up to Richmond. So, the level of expectation was understandably high for team No. 43.

An eighth-place run at Texas was backed up with a race-leading Monday at Bristol, but the momentum ended when Wallace and Richard Petty Motorsports only managed a 25th at Richmond.

“It just wasn’t our night,” Wallace said. “The car drove well, it did everything I needed, but we didn’t have the speed.”

Wallace was followed by the slew of underdogs who populated the space outside the top 25. Chris Buescher was 26th with JTG Daugherty teammate AJ Allmendinger in 27th. Ross Chastain again put the Premium Motorsports No. 15 in the top 30, finishing 28th, with Kasey Kahne and Cole Whitt 29th and 30th.

Front Row Motorsports has been a heart monitor of a team in 2018, showing solid results in practice, qualifying and race while backing them up with the occasional DNF, accident or 30th-place run. This weekend saw Michael McDowell finish 31th while Ragan brought out the penultimate yellow, backing into the Turn 3 wall with nine to go. The No. 38 broke a seven-race run of top 25s, coming home 33rd.

Landon Cassill finished 34th for StarCom Racing, coming off the team’s best result of 20th at Bristol. Gray Gaulding and Harrison Rhodes continued to lack the pace with the top 30, falling nine and 16 laps down to finish 35th and 36th, respectively.

Reed Sorenson suffered his third straight DNF in only four starts this year, hitting the garage after 22 laps before returning to eventually complete 188 laps from 38th place.

Ryan Truex was the leading underdog of the night in Friday night’s XFINITY Series event from Richmond. With his fourth top-10 finish of the year, it further secures the No. 11 team as a regular contender among the top 10.

For Jeremy Clements, however, top 10s are particularly momentous. Finishing eighth, the No. 51 Chevrolet passed the likes of Roush Fenway and JR Motorsports to grab his first top 10 since Road America victory last summer.

Finally, JJ Yeley gave RSS Racing their third top-15 of the year, finishing 15th in his No. 38 Chevrolet.

Good battle for us to get up to 20th tonight after a rough start we are starting to build some momentum! #nascar