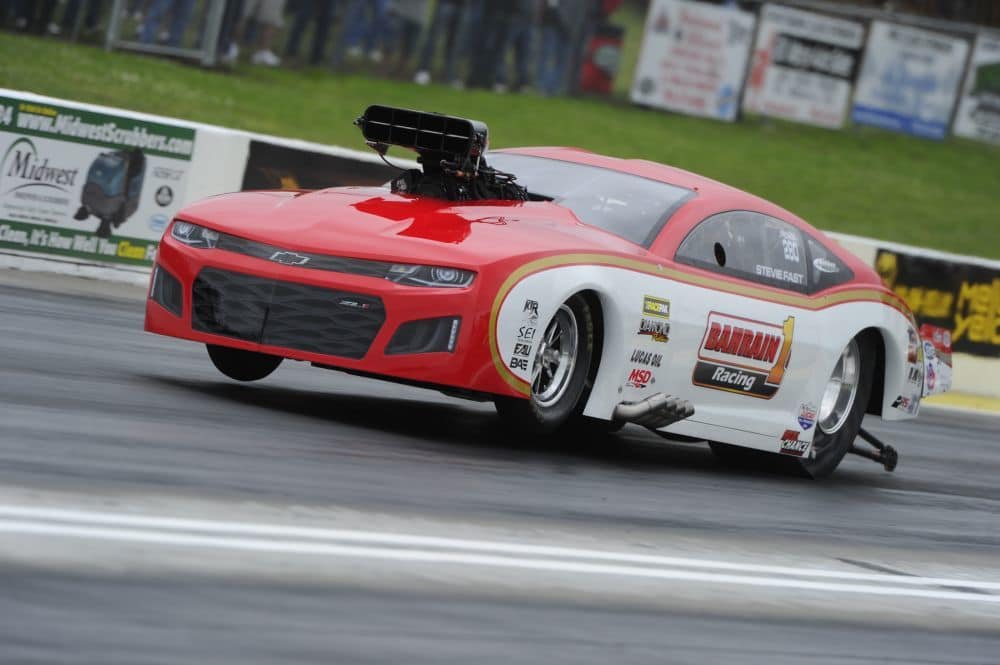 The latest driver to declare intentions for the NHRA E3 Spark Plugs Pro Mod Series is Oklahoman standout, Keith Haney. Haney will join the tour for three events this year with backing from Summit Racing Equipment. The first event on his schedule will be Topeka, next month.

That’s also notable for the fact that one of the biggest sponsors in the sport is dipping a toe into the water in Pro Mod, something Haney hopes might lead to a longer term relationship.

Back to the driver side of things, in case you are not familiar with him, Haney is reigning champion of the Mid-West Pro Mod Series, is a veteran of PDRA’s Pro Nitrous class, and can also frequently be found competing at some of the elite Radial vs. the World events held around the country. He was runner-up in RvW at Lights Out 9 in February.

Who did he run second to at Lights Out? None other than Stevie “Fast” Jackson, who is already competing in his second full-time season in NHRA Pro Mod. The two drivers have a long rivalry. Haney shares a penchant for trash talking with Jackson and the two have traded barbs and callouts for years, something Haney hopes to continue into the NHRA Pro Mod Series.

Haney is just the most recent driver to join the fray, part of a steady stream of established stars from all corners of the sport. Also trying to make the jump from PDRA to NHRA this season are Pro Boost driver Melanie Salemi and Pro Nitrous standout Lizzy Musi. Like Haney, Musi will run three events later in the season.

Salemi did show up to the season opener at Gainesville but didn’t make the cut to get into the sixteen car field. Her team did not try the Houston event last weekend.

Two-time Pro Stock champ Erica Enders also plans to run a handful of events in Pro Mod this year, debuting last weekend. Enders didn’t make the 16-car field, but if you are starting to see the trend, car counts through two events have been beyond healthy. An amazing 35 teams attempted to make the field at the season opener in Gainesville, while 28 showed up in Houston.

The counts mean that a number of established teams didn’t make the cut either so for new teams like Salemi’s and Enders’, it’s a challenge just to race on Sunday. It’s not impossible, however. Houston runner up Rick Hord was also among those who missed the field in Gainesville.

This class is one that just continues upward trajectory, with more and more teams vying to make the field all the time. It’s attracting known drivers from other forms of racing all over the country. This weekend, the Pro Mods will have their second opportunity to race four-wide in Charlotte.

There’s just one complaint that I have about the class: Television coverage is delayed entirely too long. Last season, FOX regularly showed the final during the Mello Yello broadcast but they have not done so at either race this year.

I suspect it’s to keep interest high for the Pro Mod broadcast, but the Houston race show won’t air until May 10, almost three weeks after it was held. Charlotte won’t air until May 17. By then, people interested in the class surely know the results anyway.  The gap between race and television coverage is just enough time for people to lose interest in seeing the coverage.