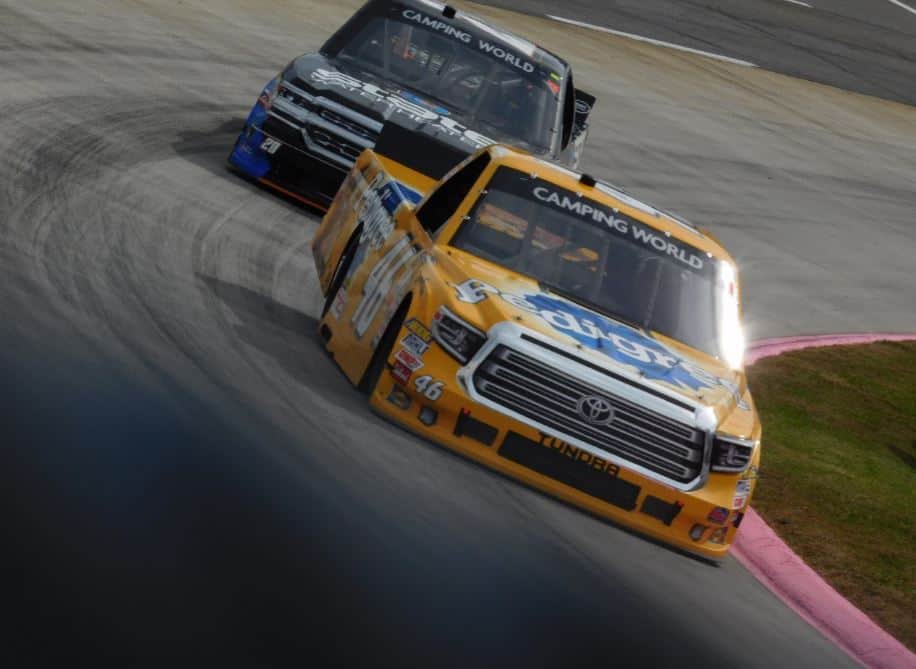 Kyle Busch Motorsports is adding another up-and-coming driver to their racing stable, as Christian Eckes announced on SiriusXM’s Tradin’ Paint Thursday (April 26) that he will make his NASCAR Camping World Truck Series debut at Iowa Speedway on June 16 as part of a four-race deal.

This is something I’ve been looking forward to for a long time. Big thanks to @ToyotaRacing and @Mobil1 for making this possible! I’m super excited and ready to get to work ? https://t.co/cy8ALhCPJL

Eckes will pilot the No. 46 Toyota Tundra with primary sponsorship from Mobil 1 at Iowa Speedway, as well as at Gateway Motorsports Park on June 23 and at ISM Raceway in Phoenix on Nov. 9.

Eckes will also race at Martinsville Speedway on Oct. 27, with a sponsor for that race still to be announced.

Eckes, 17, from Middletown, N.Y., won the Snowball Derby in 2016 in a late-race battle with John Hunter Nemechek and just picked up his first win in the ARCA Series presented by Menards on April 22 at Salem Speedway, driving No. 15 Toyota for Venturini Motorsports with sponsorship from JBL, a longtime KBM partner.

“The opportunity to compete for Kyle Busch Motorsports in my NASCAR Camping World Truck Series debut is a dream come true — my first chance to get behind the wheel of the No. 46 Tundra can’t get here soon enough,” Eckes said in a press release. “I can’t thank everybody at Toyota Racing, Mobil 1 and all of my supporters enough for making this possible.”