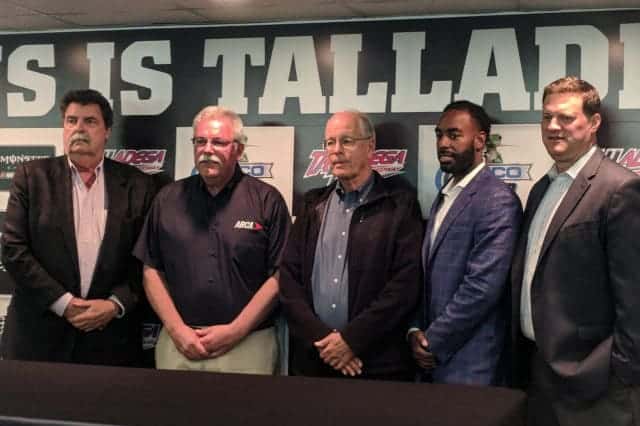 ARCA is becoming part of the NASCAR family.

The relationship between NASCAR and ARCA dates back more than 60 years.

“Our NASCAR family has long had a special connection with our friends at ARCA, and this is a logical step in demonstrating our commitment to the next generation of racers,” said Jim France, NASCAR vice chairman, executive vice president and member of the sport’s founding family. “This continues the legacy our sport was built upon and will deliver the great racing our fans expect.”

The last time a merger of this proportion happened came when GRAND-AM and the American Le Mans Series in 2012. That merger created the International Motor Sports Association (IMSA) in 2014. That merger was led by France.

Though it’s previously remained separate from NASCAR, the ARCA Racing Series presented by Menards has nonetheless been a stepping stone for many of today’s NASCAR stars such as Ricky Stenhouse Jr., Chase Briscoe, Grant Enfinger, Chris Buescher, Ty Dillon and Justin Allgaier.

The current structure of the ARCA Racing Series will continue through the 2019 season. The schedule features 20 races, with nine of those at venues currently on the NASCAR schedule and three others that are NASCAR Whelen All-Ameican Series tracks.

“We are proud of the history and tradition of the ARCA Racing Series and the relationship we’ve built over six decades with NASCAR,” said Ron Drager, ARCA president. “We look forward to the opportunity to be more fully integrated with NASCAR and help shape the future of our sport.”

Geez, this is like the Sears acquisition of Kmart. Both will be gone as we know them and there will be nothing for a premier level stock car racing.

There is a feeling of impending disaster for ARCA.

How will that affect the super late model series that ARCA partners with?

Just goes to show that the rumors of nascars demise are premature, or, everybody else in the stock carworld is in even worse shape.

How will this affect the K & N Pro Series of stock cars?

Well shit. ARCA has recently been my go-to series for a racing fix. BZF’s Midas touch will not yield good results. Color me a cynic.

“We look forward to the opportunity to be more fully integrated with NASCAR and help shape the future of our sport.”

They have been doing that for years. Starting with Daytona some 50+ years ago. ARCA used to run the Saturday races at both Pocono, and both Atlanta faces for years, until Nascar put pressure on them to run the trucks, and xfinity Series. Both talladega races, it at one time was the ARCA Talladega Super Car Series, ISC, the France Family owned track was the series title sponsor, for gosh sakes!