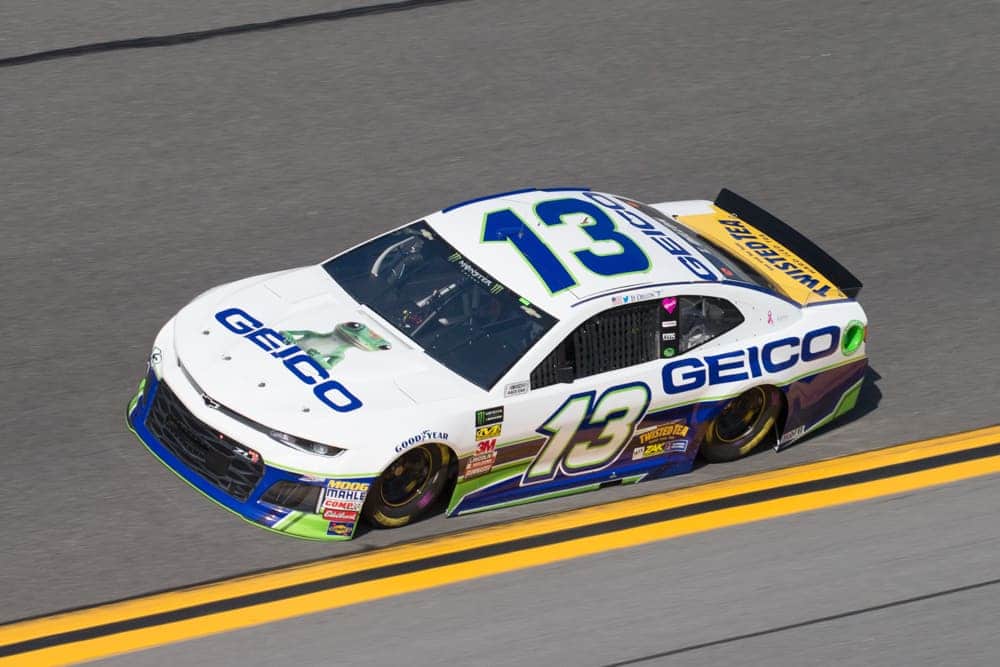 Ty Dillon and Jamie McMurray each led a Monster Energy NASCAR Cup Series practice Friday (April 27) at Talladega Superspeedway. Dillon was fastest during the first session while McMurray turned the fastest lap during an eventful final practice for Sunday’s GEICO 500.

Dillon turned the fastest lap during the first session with a 202.959 mph lap around the superspeedway. Daniel Suarez finished the first practice in second.

The second session had three of the four drivers sent to backup cars. With less than 30 minutes remaining in the final practice session, McMurray had just turned his fastest lap of the day, also the fastest lap of the session. McMurray blew a left front tire and spun. While spinning, the No. 1 car caught air and began to barrel roll toward the inside wall on the backstretch. McMurray barrel rolled a good six and a half times before coming to a stop on all fours.

McMurray, Newman, Suarez and Ty Dillon will be going to a backup car after the incident.

38 of the 40 cars turned a lap during the session, while Chastain posted the slowest trip around the 2.66-mile oval.