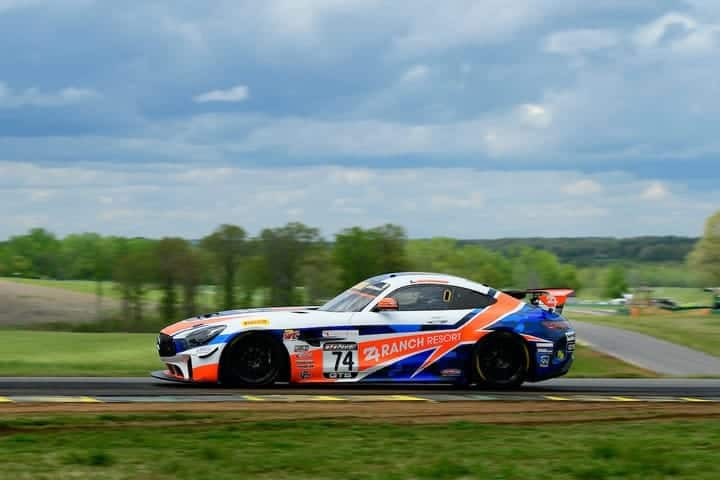 In the Am division, their qualifying session was stopped twice due to red flags.  One was due to ST Racing’s Aurora Straus going off-course in turn 1.   Straus, who won the Am-class along with Al Carter in Race No. 2 at Circuit of the Americas in March (and finished second in Race No. 1), will have to start from the rear of the field.  Given the general narrowness of VIR’s 3.27-mile full course, she could have her work cut out for her.

Classic BMW/Fast Track Racing’s Toby Grahovec was the fastest Am in qualifying with a lap of 113.987 seconds (103.275 mph), good enough for sixth overall in his BMW M4 GT4.  Grahovec’s lap was a full second faster than the similar BMW of Epic Motorsports’ Randy Mueller.  Drew Staveley in the No. 12 Ginetta for Ian Lacy Racing will start third, followed by the Audi of Flying Lizard Motorsports’ Mike Hedlund.  NOLAsport’s Keith Jensen was fifth with his Porsche.

GTS SprintX Race No. 1 at VIRginia International Raceway is scheduled for a 3:40 p.m. start Saturday afternoon.  The race will be streamed live at World-Challenge.com.