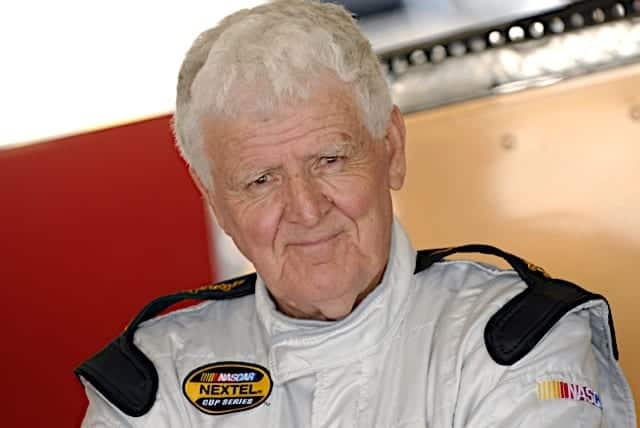 His driver, Brad Smith, failed to complete to make a lap in Friday’s General Tire 200 after oil pressure issues.

Hylton, who was 83, spent almost seven decades competing and leading cars in the Cup, XFINITY, Camping World Truck and ARCA Racing series. Hylton owned the No. 48 entry in the ARCA Racing Series presented by Menards. In three races this season the organization has the best finish of 22nd at Nashville.

During his career, Hylton earned two victories in the Monster Energy NASCAR Cup Series (Richmond in 1970 and Talladega in 1972). He has four starts in the XFINITY Series, most recently 2011 and one start in the Camping World Truck Series.

Following his departure from NASCAR, Hylton raced in the ARCA Racing Series until 2013 and then he continued to own a team in the series until his death. As an owner in ARCA, his team had one victory in 2003 at Charlotte with Kirk Shelmerdine.

According to Georgia State Patrol, the collision happened near mile marker 164 in the northbound lane at 6:10 a.m. The report notes that the vehicle ran off the roadway and hit an embankment. The two passengers were killed (James Hylton Sr. and Jr.) in the crash while the driver was injured and taken to Greenville Memorial Hospital via ambulance.

As the news began to make its rounds, the racing community shared its condolences.

"The older I get, the more that chaplain keeps following me around, told him I ain't ready to go yet" -James Hylton to me, Iowa Speedway ARCA garage, 2009. #RIP

My heart is broken ? Rest In Peace James Hylton Prayers to his family and the ARCA Racing family #Legend pic.twitter.com/MyTNY25nOl

So sad over news of the death James Hylton & his son Tweety. I’ll never forget talking with James before he ran the 2008 Rockingham revival ARCA event. He was 73. "It makes me feel like their daddy…OK, maybe their granddaddy.” https://t.co/9YTwK1qCNd

So sad to hear about the loss of one of the nicest guys ever in our sport, James Hylton and his son Tweety. My prayers to the family. RIP.

James Hylton. There’s a man who lived his life. May God bless his family. Godspeed 48.