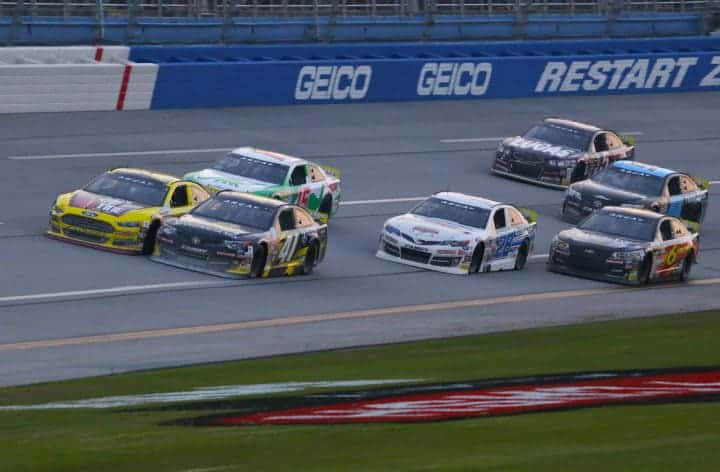 As the sun began to set in Talladega, Alabama, the General Tire 200 inched closer and closer to the finish … or so we thought. Zane Smith and unlikely driver Joe Graf Jr. led the field to the green and white flags. After two-by-two racing went down the Alabama Gang Superstretch, no clear driver stated his case for the lead.

As the field entered the tri-oval Graf, a native of Mahwah, New Jersey, gave it his all in hopes of winning his first career race. But when the checkered flag flew, Graf fell short of the victory by mere inches reportedly the closest finish in ARCA Racing Series history.

“I thought we definitely had something for him,” said Graf. “It was really close there in the end. It was good racing with Zane (Smith). I have got to thank my spotter Brian Cramer for helping me. He was really helpful on that last lap. I’ve got to thank Chad Bryant Racing for giving me a super fast car, Big Tine for allowing me to come here. Hopefully, we’ll win one this year, that was close.”

Something that those who haven’t been following the series wouldn’t have known is that Graf was battling with a broken foot, an injury that the driver sustained just days before the Music City 200 at Fairgrounds Speedway while playing basketball with his brother. Graf finished 16th in his debut in ARCA and then arrived the following weekend with an 11th-place finish. The second-place finish on Friday is now the driver/s best career finish in the series.

“It means everything to me,” said Graf about the second place finish with the broken foot. “I would have loved to have won that race and I am honestly a little disappointed we didn’t. Really good work by all my guys, my foot is getting better so another five weeks and it should be healed fully and we’ll be alright.”