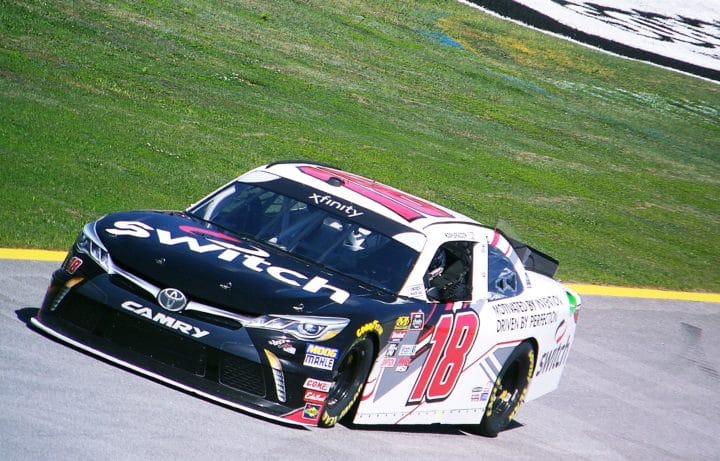 A week removed from stealing headlines in Richmond, Noah Gragson made his second XFINITY Series start in the Sparks Energy 300. Despite not being a headline stealer again this weekend, Gragson still came home with a fourth-place finish. He quietly snuck his way to the front and managed to hold off others to secure his second straight top-five finish.

“I felt like I didn’t do the best job there, kind of put my team in a hole,” Gragson said. “I take full responsibility on that. It’s just it was my first time driving these XFINITY cars on a superspeedway. Still trying to learn and these guys, the competition is just so good. Just trying to learn as much as I can and get to their level of aggression, that’s going to be the biggest thing. We were in the position where it panned out, I don’t think I deserve a fourth-place finish.”

The last two races for Gragson have been incredible, especially for a driver who’s just making his second start in the series. Not many people expect much early in a career but you know when you have something special, especially when a special performance headlines the debut of that driver. Gragson has risen to the occasion in the two starts but as every driver, he wants to win. Anything else is just not acceptable.

“I didn’t think we were going to come home that way. I think the team deserves a win most definitely but my performance today wasn’t the sweetest and it was all about learning for me. I guess that comes with my second career start, first on a superspeedway.”

Just a suggestion, FS! How about getting rid of some of your tween-age writers and hiring an editor? Or at least invest in spell-check! The word is spelled “DISAPPOINTED,” not “dissapointed.” A third-grader would have known that one.

Well, since you’re so smart and supposedly well educated, and since you act like you’re an expert on every subject under the sun, why don’t you apply for the job?

P.S. definition of an expert: ex is a has-been, and a spurt is a drip under pressure (courtesy of Oscar Madison (the Odd Couple))

Maybe it is because the author has been writing about college football and most of those people don’t function beyond third grade. These type of writers are cheap, editors not so much.

interesting for a nascar fan to diss the education level of a college football fan.