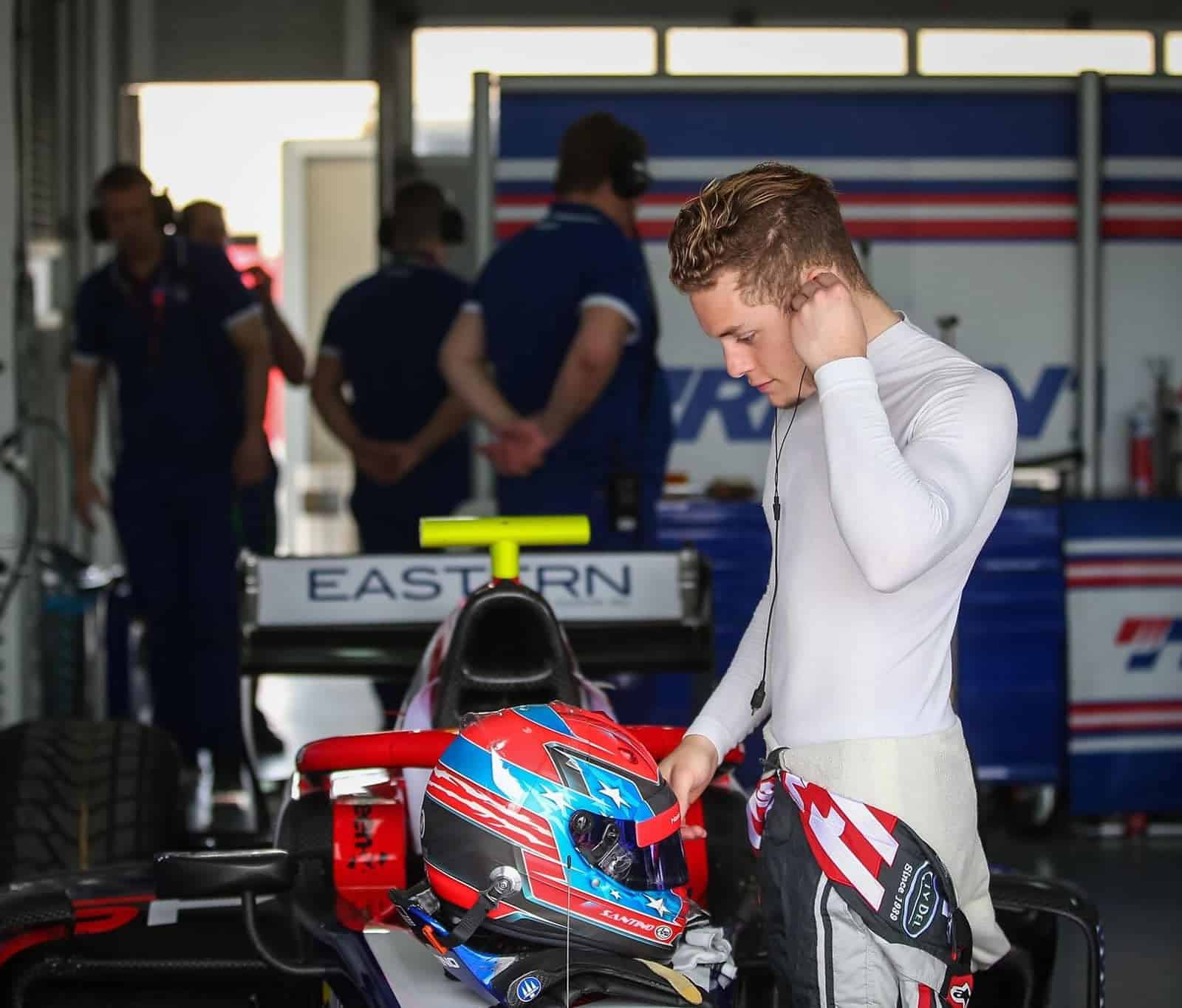 American Haas Formula 1 development driver Santino Ferrucci has signed a contract to be sponsored by the Concord, N.C.-based Racer Development.

Ferrucci, 19, from Woodbury, Conn., began his career in 2012 with the SBF 200 Winter Series, winning three out of 10 races. His racing exploits caught the attention of the Haas F1 Team, who inked him as a test and development driver in 2016. One year later, Ferrucci was retained for the 2017 season alongside Ferrari driver academy pilot Charles LeClerc. That same year, Ferrucci got a taste of a Formula 1 car when he drove a Haas F1 car for the first time at a wet Silverstone test track just a few days following the British Grand Prix.

For 2018, Ferrucci has once again retained by Haas as a tester and continues to drive the Formula 2 series with Trident.

The Haas team currently fields entries for Romain Grosjean and Kevin Magnussen in the series.

Good luck to him.

To all involved who read this:
A little moment of correction: Ferruci is marketed by this company, not sponsored by it. My error on this.
Thanks,
Mark