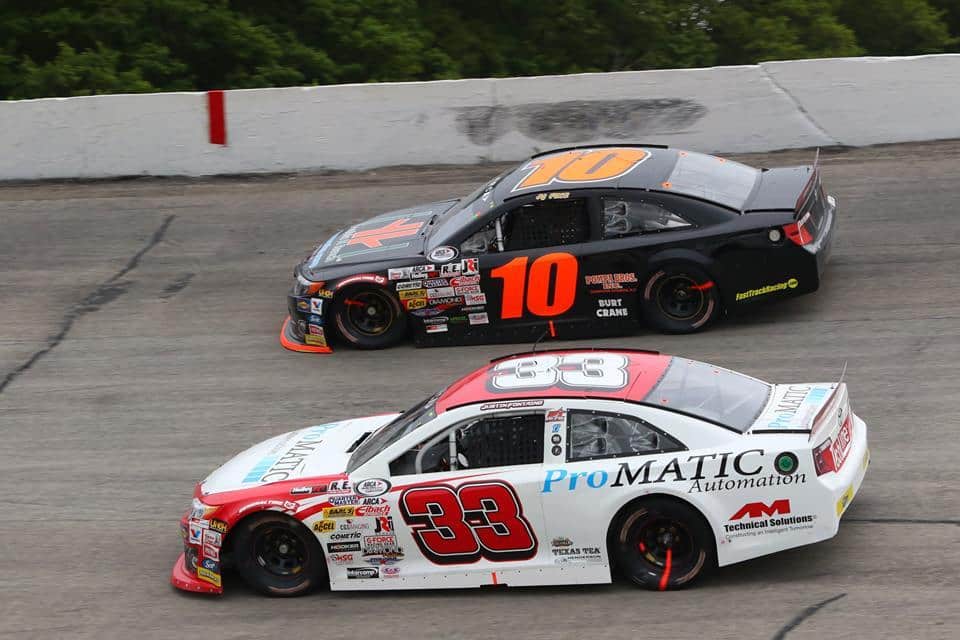 Most of us were caught off guard Friday by the news NASCAR had acquired the ARCA racing series. At first glance, the merger of the two series seems ill-considered, with at least one NASCAR team owner (Rob Kauffman) even hinting he felt the RTA should investigate if the move gives NASCAR a monopoly in stock car racing.

While not as old as NASCAR, ARCA has been around since 1953, four years after Bill France Sr.’s first full season of Cup racing. For decades, USAC also sponsored a stock-car racing series, meaning there were three competing national sanctioning bodies in the sport, not to mention countless regional series.

Though the acquisition is immediate, it will take fans awhile to see any major changes to ARCA racing, at least on the surface. The series will run unchanged this year and for 2019, so any big changes will likely not occur until 2020.

In a lot of instances, it might be for the better if NASCAR adopted ARCA’s business plan rather than trying to impose their ideas on the series. A quick glance indicates 20 events make up this year’s ARCA schedule, a far more manageable number than NASCAR’s 36 points-paying events. While the ARCA series finale isn’t until October 20th, the event previous to the finale is on Sept, 15th at Salem, right about when the NFL season begins in earnest. It wouldn’t take a lot of work to have the series finale on that date rather than a month later like this year. In another bit of an oddity, ARCA competes in early February at Daytona during Speedweeks but then doesn’t host another event until early April at Nashville. Again, a shorter schedule would probably be in NASCAR’s best interests rather than expanding the roster in ARCA.

While NASCAR’s only trip to a dirt track among its top three touring series is the truck series event at Eldora, ARCA hosts two dirt track events this year, at Springfield and DuQuoin. Two races doesn’t sound like a lot, but it is, after all, 10 percent of the schedule in the unlikely event I’m doing the math correctly. A return to the dirt tracks might reignite the passion for Cup racing in the minds of some older fans.

ARCA races are held everywhere from big bad old 2.66 mile Talladega right down to the .375 (3/8th) mile Elko Speedway. All ARCA races this season are held on oval tracks though last year the series did run a road course race at Road America. (And in 2013, oddly enough.)

Cup fans will be familiar with a lot of the venues that host ARCA races. (Daytona, Talladega, Charlotte, Pocono, Michigan, Chicago, and Kansas. ARCA also runs at Gateway and Iowa, which host NASCAR XFINITY or Truck Series races. And ARCA still runs at IRP, not the Brickyard when they visit Indianapolis just as the NXS and truck series used to do and still should. ) Pocono is the only track that hosts two ARCA events a year. Cutting the Cup schedule to one event a year per track would likely increase ticket sales and interest in those events.

In addition to a shorter schedule, ARCA runs shorter races. The longest ARCA event of the year is at Talladega with the race length 218 miles. There is a pair of 200-mile races (the first Pocono event and Michigan, though, oddly enough, the second race at Pocono is 150 miles. I’ll give you that’s a bit quirky.) All the other ARCA events are under 200 miles in length. Such race lengths might be more appealing to the Millennials with their notoriously brief attention spans.

So to sum up, it would behoove NASCAR to emulate ARCA’s shorter schedule of shorter races on shorter tracks with an occasional dirt track race thrown into the mix.

It’s hard to pin down exact dollar amounts, but I’ve heard from many sources that it’s possible to field a competitive ARCA team for an entire season at a cost of roughly 1/10th of what it costs to compete even on the fringes of the Cup series. While I doubt NASCAR could get the Cup series budgets down that low, it would be a worthwhile goal to shoot for given the current economics of auto racing in this era of dwindling sponsorships both as far as amounts and availability.

One cost savings tactic ARCA is trying is a standardized composite body. This year ARCA requires those spec bodies at Daytona and Talladega. The rules seem to encourage their use at other tracks as well without banning the old sheetmetal bodies before the teams can use up their current inventory. I’ll note here that while you hear the term “spec” body, they are not all the same. There are in fact different bodies for Fords, Chevrolets and Toyotas (and I believe Dodges). I do not believe that fans will ever embrace decal engineered race cars given what happened over the last decade in NASCAR. It’s interesting that the same spec bodies that are used in the ARCA series are also allowed in the NASCAR K&N East and West series.

ARCA also has what amounts to a spec engine. Those engines cost around $35 grand and can be rebuilt for about $15 grand. They are said to be able to run up to 1500 race miles without needing to be rebuilt. While the cost savings are laudable, I’m not totally on board with the current engine plan. It may say “Ilmor” on the valve cover but I know a Chevy engine when I see one having spent countless hours over, under and inside of them. Again I don’t think Ford fans would embrace a Chevy-based engine in a Ford even if it said “Free Beer” on the valve covers. The concept of spec engines is fine as long as there’s different spec engines for each make competing and they have at least a semblance of mechanical engineering similar to their street counterparts.

As far as TV, as best I’ve been able to find out, all ARCA events this year are broadcast live either on FOX (or FS1) or newcomer MAV TV. Obviously the dollar amounts are nowhere near what NASCAR gets for the Cup series but once the current TV deals are up for renewal it’s likely those dollar amounts are going to be slashed anyway. In an ideal world funding a competitive Cup team annually and putting a driver in victory lane shouldn’t cost as much as the Kennedy and Johnson administrations spent putting men on the moon.

We have little choice but to wait and see how this one plays out. There’s a lot of moving parts and pieces and there’s no assembly instructions on how it all fits together just yet. I’ll go on record as saying that if in 2020, NASCAR racing looks a lot more like ARCA racing today that will be a far better outcome than if ARCA racing looks more like NASCAR racing in 2018.

In Memoriam Both the NASCAR and ARCA communities were rocked this weekend by the death of long-time competitor James Hylton and his son James Jr. (Tweety) in a violent highway accident. Hylton was returning from Talladega, where the car he owned failed to qualify due to engine issues.

Hylton made 638 starts in NASCAR’s top division and claimed Rookie of the Year honors in 1966. He won two Cup events; once at Richmond in 1970 and again at Talladega in 1972. In 602 starts Hylton posted 301 top 10s and 140 Top 5 finishes. He last attempted to qualify for a Cup race at the 2007 Daytona 500 but missed the cut at age 73. Hylton finished second in the Cup points standings three times; in 1966, 67, and 71. (Admittedly in 1967, the year Richard Petty won 27 races saying anyone finished second is like saying the British finished second in the Revolutionary War.) He went on to own an ARCA race team that scored one win with Kirk Shelmerdine at the wheel at Charlotte in 2003.

James Hylton was 83 years old when he passed. Few of us will live that long and practically nobody will live a life as full as his. Thoughts and prayers go out to his family, friends and fans.

The only thing I take out of this purchase is that despite the naysayers the France family has a lot of money.

when i heard of the arca series acquisition, i immediately wondered if general tire or hoosier would be allowed to be the tire provider of the series.

when i attended races in person, i enjoyed the simplicity of the arca series, being able to be in pits prior to the race without having to spend a massive amount of money for credential. arca series was very affordable, and you saw some good racing too.

met some awesome folks in arca series too. and some i still keep in touch with even though they’ve moved onto other things in the sport.

i was very sorry to read about James Hylton and his son. i met Mr. Hylton many times over the years, he reminded me so much of Dave Marcus. what a tragic accident.

i remember the goody’s dash. they were the 4 cylinder cars that use to run races. i always remember they started race week off at daytona.

The ARCA sale can only mean their business model is becoming less profitable…or why sell now. While I completely agree with Mike’s comments on the schedule, the TV contract is written for 38 races and nobody in Nascar will open that up for renegotiation. I fully expect Nascar to screw up ARCA and relegate it to K&N Central as soon as they can. Imagine Nascar at Salem or Nascar at DuQuoin or even back at some place like Anderson, IN (I would have said Islip, but that’s long gone). The way things are going, in 2 years ARCA could be more popular than Nascar..

just buying market share is all this is. Just like when Jim France bought out Don Panoz to get a virtual monopoly on road racing in the US. It wont prevent nascar from sinking backwards toward a regional sport however.