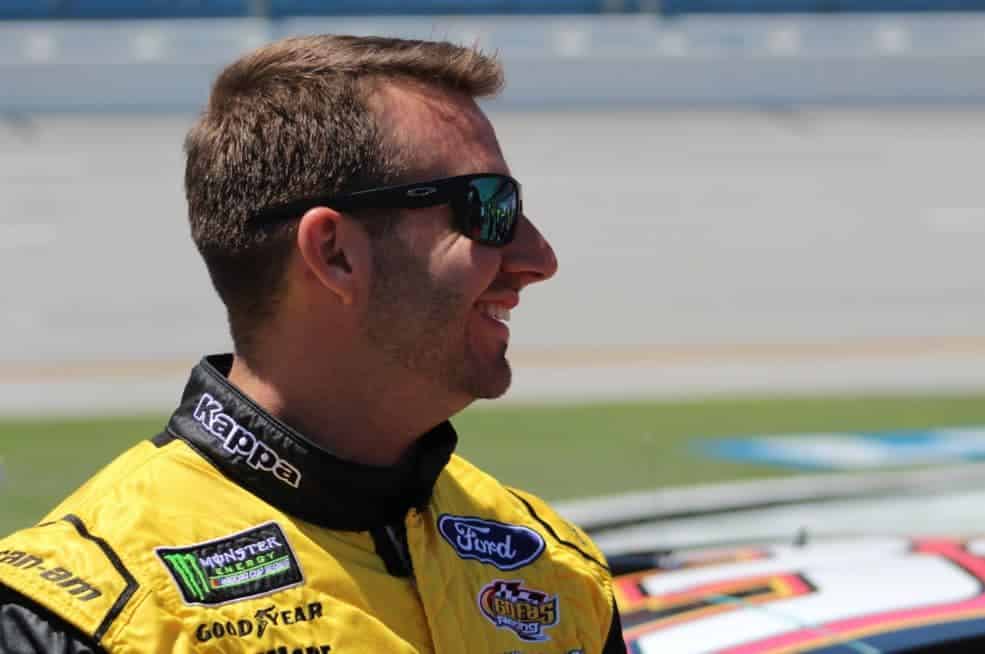 Sunday was Round No. 10 of the 2018 Monster Energy NASCAR Cup Series season. For the underdogs, despite having a couple breakthrough runs here and there, it was Round No. 2 of races in which they could contend for a win.

Talladega Superspeedway showed a few different cars from the start of the weekend to the finish of the GEICO 500 Sunday afternoon. From Jamie McMurray’s horrid sidewinder flyer in Friday practice to a first-time XFINITY Series winner and a handling-dependant Cup race, nobody had a clue what would happen at nearly any point of the weekend.

The talk in the garage Sunday was the potential effects the smaller restrictor plate could have on the racing. The small adjustment may have put another question mark toward the green flag but it proved to offer unnoticeable changes for the drivers.

What was noticeable was the handling of the racecars. A hot Alabama sun cooked the 2.66-mile mammoth throughout the weekend and drivers like Darrell Wallace Jr. were seen riding the high groove just to lessen steering input in the corners.

This instability led to only a few pack runs and especially bred pit strategy from the race’s 10th lap onward. The underdogs had their work cut out for them and only a few survived the long runs and accidents to the end. From the start, the rules were simple: Keep your partners, keep your cool and most importantly, keep it going straight.

The manufacturer-driven pit strategies broke up the field on numerous occasions Sunday, which led to most underdogs to fall off the lead lap. The ensuing single-file runs up front also kept them from making those crucial steps back up the running order.

Despite all this, David Ragan was among the drivers in the lead pack come the checkered flag. Ragan and his Front Row Motorsports Ford squeezed by the Big One with 22 laps to go and was among the men with a chance at the win for the last 17-lap run.

Though it didn’t come, experience showed from the No. 38, who ended the day sixth. The result was Ragan’s best finish of 2018 and tied his best result in more than three years.

“Our expectations are pretty high when we come here,” Ragan said. “If it weren’t for my speeding penalty early, I feel we could’ve run in the top 15 all day.”

For the second time in the last three weeks, Ragan was the Frontstretch “Underdog of the Race.”

“We’ve really improved our program a lot to run in the top 15 on a consistent basis,” he said. “Kudos to the Front Row guys for assembling this car and certainly the engine shop and even Roush Fenway Racing, they put in a lot of effort.”

Behind Ragan’s run was Chris Buescher in 11th spot. The JTG Daugherty Racing No. 37 earned his fourth top 15 of the year after narrowly avoided both accidents on the day.

A few steps behind Buescher was Ty Dillon, who again had a nice showing of 15th in what has been a tough year for Germain Racing. The No. 13 started the year with no finish better than 22nd the opening six rounds and now has three top 20s in the last four races.

Matt DiBenedetto has also shown positive steps for Go Fas Racing, as he led six laps on Sunday and finished 19th. The run was his fourth straight finish of 21st or better.

DJ Kennington gave Gaunt Brothers Racing the best finish in their small history, getting the free pass late to score a lead-lap finish (their first) and a 20th-place finish (their best in six career races.)

The final underdogs are Darrell Wallace Jr. and Kasey Kahne. The two finished with good runs of 16th and 17th and both led the race for a total of six laps. The late Big One, however, halted both days with damage. Still, top 20s are good news for Richard Petty Motorsports and Leavine Family Racing. For Kahne, 17th tied his best finish of the year while Wallace’s 16th stands as his fifth top 20 in 10 races.

Uncharacteristic as it may be for Talladega, but this “Looking for More” section has more drivers than the previous section. The dominance of pit strategy, longer runs and late accidents proved to be punishing for most of our underdogs.

It started with Cole Whitt, whose career-best Cup finish came at Daytona two years ago, an 11th for Premium Motorsports. A quiet day for the No. 72 TriStar Motorsports camp ended with a 21st-place finish, their second-best finish of the year.

Brendan Gaughan raced for only the second time this year for Beard Motorsports. Following a promising late charge in February’s Daytona 500, a 22nd-place finish came with disappointment. The No. 62 did barely avoid collision in the Big One, however, the luck ran out when he cut a tire and pounded the wall at the end of the race. The team was that close to bringing home an undamaged racecar.

Timothy Peters stayed clean in his Cup Series debut for Ricky Benton Racing, started 32nd and jumping to 23rd at the line. It was only the team’s second Cup race after finishing 14th in the 500 with David Gilliland.

Gray Gaulding put BK Racing in the top 20 in the last two plate races leading up to Sunday. That streak ended after finishing 24th. His close call with the late Big One makes the team proud to have a car in one piece.

Michael McDowell‘s run ended in the Big One when he was sandwiched between the Turn 4 wall and Paul Menard. The No. 34 finished 32nd while AJ Allmendinger suffered his third straight Talladega DNF in the same accident.

“Nothing I could do. It’s all part of this fun racetrack we come to,” Allmendinger said. “We went to a plan. It was time to go and it just happens.”

Timmy Hill brought out the race’s third caution when he lost a motor with 32 to go. The No. 51 was 36th while Reed Sorenson made an early exit to finish 37th.

Spencer Gallagher has made this portion of the column every weekend with the exception of Richmond last week. Now, he may be taken seriously by the entirety of the XFINITY Series after grabbing his first win in Saturday’s Sparks Energy 300 from Talladega. His late pass and aggressive blocking gave us a charismatic Victory Lane celebration and another new lock into the playoffs.

Ryan Sieg scored his first top 10 of 2018 in sixth while Garrett Smithley returned to the top 10 for the second time for JD Motorsports in 10th.

We blew a RF in turn 4 coming to the checker, she is far from clean! pic.twitter.com/Glp178pU9U

Quick interview with @VinceWelch for #RaceHub on @FS1 for Monday. Highlighting the good work of the @badboymowers team. pic.twitter.com/HGrVudVpcc

A great day for the entire @RyanSiegRacing program !! Can’t thank Rod, Ryan and the rest of his family for allowing me to drive their race cars! Thanks Josh Roberts Trucking and repair for coming on here in @TalladegaSuperS #P11 #All3top15

Got home from Talladega and @TayDiBenedetto and I decided to go to the movies and watch #AvengersInfinintyWar pic.twitter.com/VWKduU6wBt