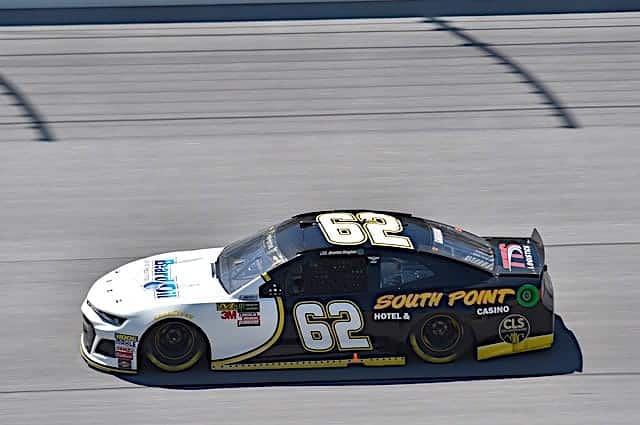 In the latest episode of the 2018 Frontstretch Podcast, we review a wild weekend of restrictor plate racing at Talladega Superspeedway with Dustin Albino, Mike Neff, Zach Catanzareti and driver of the No. 62 Beard Motorsports Chevrolet, Brendan Gaughan.

What makes for a good plate driver? Gaughan goes in-depth with the gang about who he believes is at the top of the sport on plate tracks, and why they are good. The NASCAR veteran also discusses how plate racing is the great equalizer, and allows small teams to run with the big teams.

Finally, the bunch discusses a wacky XFINITY Series race that Justin Allgaier had upward of a 25-second lead on second-place late in the going. However, a late caution derailed his chance of victory, and Spencer Gallagher went on to win his first NASCAR race.

The Frontstretch Staff is made up of a group of talented men and women spread out all over the United States and Canada. Residing in 15 states throughout the country, plus Ontario, and widely ranging in age, the staff showcases a wide variety of diverse opinions that will keep you coming back for more week in and week out.
@Frontstretch
Previous Daily Fantasy NASCAR FanDuel Forecast: AAA 400
Next Happiness Is: Quiet, Pastels & Forgotten Names