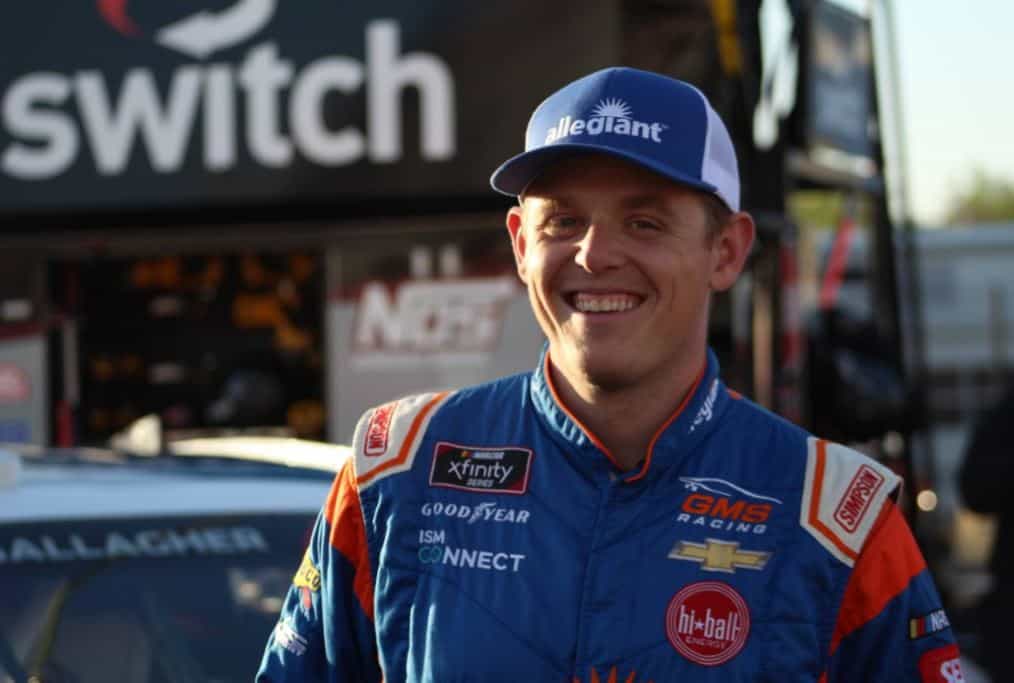 NASCAR announced Wednesday (May 2) that Talladega NASCAR XFINITY winner Spencer Gallagher has been suspended indefinitely from the sport for violating NASCAR’s substance abuse policy. In all three of NASCAR’s National Series, the Substance Abuse Policy comprises Section 19 of the rule book.

In order to regain eligibility to race in the future, Gallagher has agreed to participate in NASCAR’s Road to Recovery Program. The timetable for Spencer’s return to NASCAR is unknown.

The news follows a weekend where Gallagher made a pass on the final lap of Saturday’s XFINITY Series race at Talladega to record his first career NASCAR win in 49 career XFINITY Series starts, driving for GMS Racing in the No. 23 Chevrolet.

Gallagher has also competed in 59 Camping World Truck Series races. Spencer has recorded five top five and 22 top 10 finishes in his career across both series.

Since NASCAR instituted the current version of the Substance Abuse Policy in 2009, Gallagher is the fifth driver in one of NASCAR’s National Series to run afoul of the policy. The others are Jeremy Mayfield, AJ Allmendinger, the late Shane Sieg and Jack Smith (twice). Allmendinger and Smith returned to the track after completing the Road to Recovery, but Smith was eventually suspended again.

Think you left out one driver, who is sadly no longer with us.

I’m guessing S.M. was left off because he was suspended in 2005 (before the current policy)…i was surprised at his exclusion as well so looked up when was

Actually meant K. G. who died by his own hand.

Well another dumba$$ surfaces. Certainly don’t need this type of driver on the track.

How often does NASCAR test? Random or schedules?

Wow, I wonder if another competitor asked NASCAR to check him for an illegal substance in his body. Was it the substance that gave Spencer the winning move? Of course the biggest violator of them all was Jeff Gordon with his back pain medication. BTW lets test our fearless leader, Brian France.