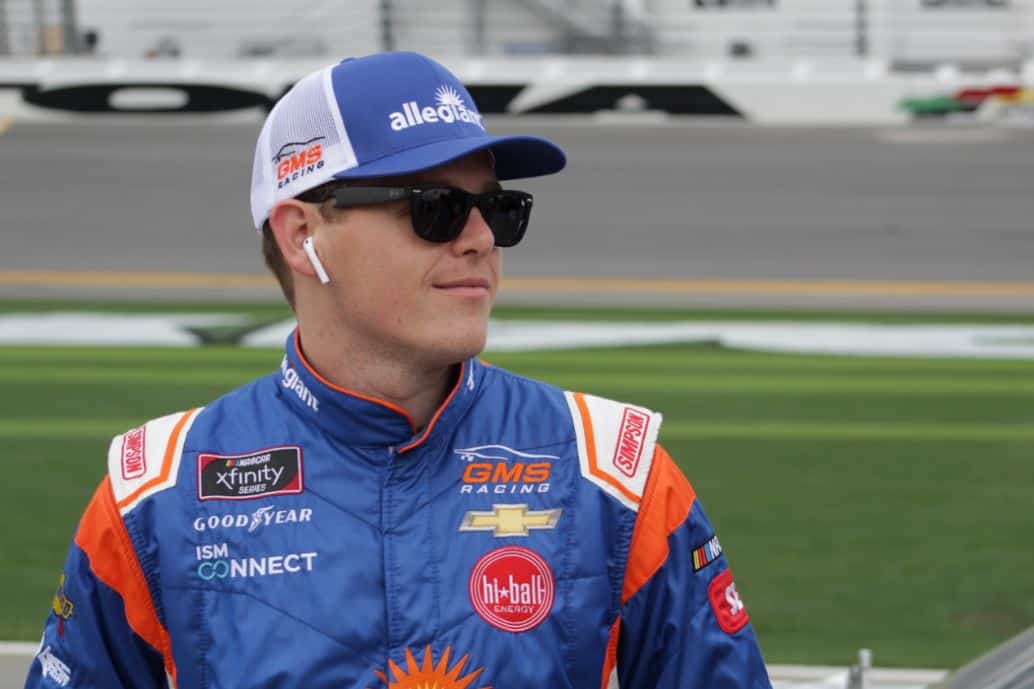 How will NASCAR run ARCA?

The biggest news story coming out of last weekend was announced at the very beginning of it.

After over 70 years of promoting various stock car races and series in the United States, the France family now has a monopoly on the industry, being in control of every series with any major significance.

Last Friday, it was announced NASCAR acquired the Automobile Racing Club of America (ARCA). This story will be interesting to watch over the next few years, as NASCAR will allow ARCA to run as it is through 2019.

It’s a story nobody expected to happen but it makes total sense in hindsight. ARCA car counts are low- there were just 31 cars that started at Talladega- and something’s wrong when the defending series champion (Austin Theriault) is reduced to being in the announcer’s booth at Daytona.

Some have suggested turning ARCA into K&N Pro Series Midwest. Simple idea, but a disaster in practice. It would restrict drivers from competing on ovals longer than a mile until they turn 18 and make it up to the Truck series. What’s more is that it makes it harder for drivers to get any kind of restrictor plate experience before moving up to the big show, as that would leave the Truck race at Daytona as the lowest level race on the Daytona oval.

The best case scenario for everybody involved would probably be to have both K&N Series and ARCA run the same template of cars, as K&N has also had problems with car counts in recent times. ARCA would end up being kind of a weird mix of short track racing and big, national series tracks. But then again, that’s kind of what it is now.

Can anybody stop Truex and Larson?

There are two big names that jump out as soon as you start looking at the loop data for the past two Cup Series races for Dover: Martin Truex Jr. and Kyle Larson.

Truex has won twice before at Dover, one of seemingly 20 that are considered “home tracks” for the No. 78. In the spring, his average running position was third while in the fall it was second. His driver rating for the spring was 125.8, just above his 123.1 rating in the fall.

Larson hasn’t won at Dover, but he’s come very close before. In 2016, he had a great duel with Matt Kenseth and Chase Elliott, that ultimately ended with Larson taking home the silver. In this race last year, Larson led 241 laps, but Truex won the first two stages and Larson once again played bridesmaid at the finish, this time to Jimmie Johnson.

Clint Bowyer‘s first season with Stewart-Haas Racing was a definite improvement from the year prior but was still somewhat of a disappointment. The Kansas native was consistent, with 13 top 10s, but didn’t have any speed, leading just 22 laps on the entire year.

In his second season driving the No. 14 machine, he might be on track to have a career year.

Bowyer’s jumped up from finishing 18th in last season’s standings to currently sitting in fourth in the 2018 standings. Take out the crash he was involved in last weekend at Talladega and he’s on a streak of four top-10 finishes, which began with his breakthrough victory at Martinsville.

In general, SHR has been on a surprising roll to begin the year, with Aric Almirola being the lone driver out of the top five in points. But Bowyer being within 31 points of Kevin Harvick after 10 races was something just about nobody could predict.

What does the future hold for Spencer Gallagher?

As NASCAR evolved from being a regional, southeastern racing series to one of the most popular sports in America in the 1990’s, a decade rampant with drug controversy in sports, the NASCAR substance abuse policy was antiquated at best. Testing was infrequent at best, and most suspensions, if any, came about due to off-track legal problems. And why change it? There wasn’t much a race driver could use that would provide a clear physical advantage — a wheel could only be turned but so much, a pedal could only be mashed on but so much.

But everything started to get just a bit out of hand in the mid-2000s. The Shane Hmiel saga was probably the first time a lot of mainstream race fans heard of a NASCAR substance abuse policy. Brian Rose, at one point a promising young driver in what is now K&N Pro Series West, lost his career in a year of arrests and suspensions. Everything came to a head in 2008. Former Truck Series driver Aaron Fike admitted that he had “experimented” with heroin on a weekly basis at one point, even on race days. That fall, NASCAR renovated its drug policy to what it has now, with the driver list of banned substances not currently being available to the public and much more regular and unpredictable drug tests for everybody.

The first test came in May of the next year. Long time veteran Jeremy Mayfield… OK, I don’t really have to go into that do I? Jayski has a huge page on it, complete with the old actually good website design. One of the “highlights” of this circus was that at one point Mayfield claimed that NASCAR “spiked” his urine samples to contain methamphetamines. Because the one thing NASCAR wanted to do was prolong that PR nightmare.

Exactly nine years to the day of Mayfield’s first positive test, NASCAR XFINITY Series driver Spencer Gallagher was indefinitely suspended by the sanctioning body for violating the substance abuse policy. It came just four days after the driver’s first ever XFINITY Series win at Talladega Superspeedway. Thanks to the suspension, Gallagher will not compete in the playoffs for a championship and will not be in the Dash 4 Cash program. Johnny Sauter, who drives for GMS Racing in the Truck Series will substitute for Gallagher this weekend at Dover.

His actions after the suspension announcement were the right ones to make. Gallagher took responsibility and said he’d work with the sanctioning body to take the first steps back into being reinstated. There hasn’t been any sponsor fallout because of these issues; Gallagher races for his family’s team and is sponsored by his father’s airline.

As long as Gallagher plays ball with NASCAR unlike past examples like Mayfield and Hmiel, he will probably recover from this setback. He also probably won’t disclose what he tested positive for until he gets reinstated. One thing is for certain, however: this is a setback. AJ Allmendinger was able to find his way back into full-time Cup Series competition after his positive test for Adderall, but he probably won’t ever be in equipment as good as the No. 22 for Team Penske. This may close some doors for Gallagher in the future, but he can still have a solid career in front of him as long as he’s a little more careful from now on.

The intentional omission of facts always puts a tainted smell on these charges. If Spencer Gallagher was ‘coked up’ or high on ‘Speed’ than there is not much to discuss. But if it is an allergy pill or THC than that’s another story. One penalty does’n cover all violations. I see drivers intentionally try to wreck competitors at almost 200mph. That act could kill someone. Yet NASCAR doesn’t penalize that all the time.

NASCAR is sadly dying a slow and painful death. I totally agree with Tom B. The way NASCAR will slap drivers with puny punishments, for using their 200 mph missle on wheels, to intentionally wreck and potentially injur or KILL someone is ridiculous. But this driver who “failed” a drug test that COULD be for allergy meds or having THC in his system for reasons,that AS FAR AS WE KNOW, could have been the result of something he did “whenever” and didn’t impair him on race day…?? C’mon!? I don’t recall him purposely trying to HURT anyone on the racetrack lately….with that “missle”. It is a common sense issue. Alot of people are gonna give us crap over EVEN hinting at …OMG…THC ..but to those- I say do a little research. This driver will NEVER be able to get away from the stigma attached to this. That’s absurd and sad. Yes, I know…he knew the rules…but the way NASCAR makes up and changes rules “on the fly” maybe he figured by the time he was tested they’d made all new rules up! ?I’m 42 years old, have been a NASCAR fan since my father raced his #49 ’67 GTO dirt track car in Alabama with “ARMY” painted all over it. Since I was a little kid in other words. I’ve acquired a huge, overpriced collection of NASCAR “stuff”. Sad, SAD to say I am packing it all up. Ridiculous “Chase” mess, stage racing, ungrateful drivers, …I can’t handle it anymore. I’m NOT a “good ole boy” either. We ended up in the south due to the ARMY and where my father’s military career took him after his tours in Vietnam. So it’s not about diversity or younger and younger drivers. That’s not my issue. When one family controls a “sport”(or whatever YOU prefer to call racing) eventually the dynasty is doomed to crumble. I don’t enjoy watching train wrecks. COMMON SENSE seems to be non-existent in NASCAR now. Matt Kennseth was consistent enough to EARN enough points and legitimately won a championship and it has been over a decade of downhill, rollercoaster like, ridiculousness since! One last “issue” and I will end this rambling; I said “ungrateful” drivers..I say and beleive that after personally witnessing a 13 or 14 year old KID being told,shouted at, by a 30 something year Cup driver to “F#$^ OFF” after this KID asked for an autograph. I saw this KID destroyed by his so called hero in less than 20 seconds. A KID that was sporting about $300 worth of “fan gear clothes” with that “hero’s” name all over it. It was one of the saddest things I’ve ever seen. Do these drivers think there would be ANY MONEY in their pockets if not FOR FANS?!? I want to reveal the driver’s name but I’m gonna use SOME OF that common sense I was referring to. I HAVE TO GIVE a hint though because it has been eating a hole in me since that race in Hampton,GA..he is a very popular and talented driver but gets “booed” alot. May or may NOT be who you think. IT JUST MADE ME SICK.