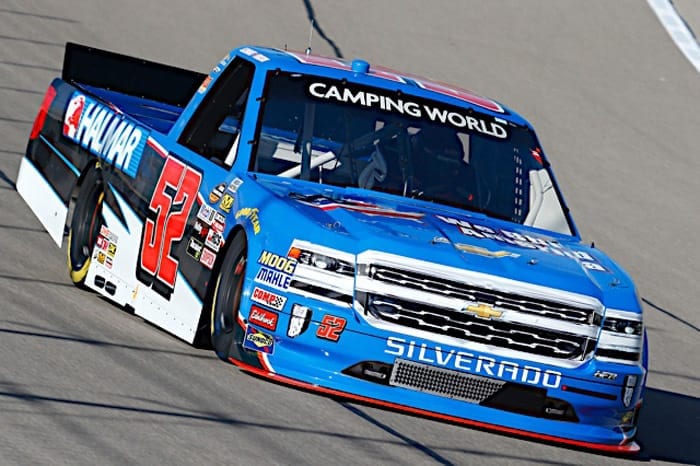 Opening practice for the JEGS 200 was won by Friesen, who put the No. 52 Halmar Friesen Racing Chevrolet Silverado atop the leaderboard with a lap of 155.797 mph. He was followed by Johnny Sauter 153.407 mph. Myatt Snider was third, while Todd Gilliland was the highest-ranked Toyota in fourth. Dalton Sargeant rounded out the top five.

27 trucks took part in the session, most of them running double-digit lap totals. Sargeant ran the most laps at 35, while Mike Harmon ran the fewest at two. Harmon’s No. 74 was the slowest vehicle at 141.152 mph.

31 trucks hit the track in this session, running the most laps was Moffitt with 45, while Reed Sorenson ran the fewest, two. Slowest in the second session was Norm Benning’s No. 6 at 137.868 mph.