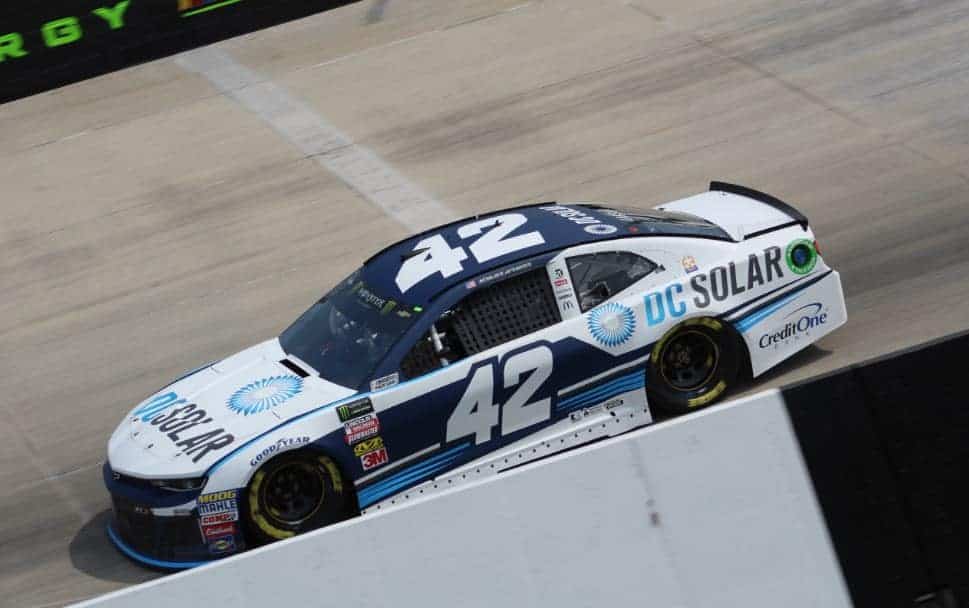 Kyle Larson has won the Busch Pole Award for Sunday’s AAA 400 Drive for Autism at Dover International Speedway, with a lap of 158.103 mph in the No. 42 DC Solar Chevrolet Camaro ZL1.  Larson has four previous poles in his Monster Energy NASCAR Cup Series career, most recently at Sonoma last season.

Joining Larson on the front row will be Kevin Harvick in the No. 4 Stewart-Haas Racing Ford Fusion, with a speed of 157.494 mph. Martin Truex Jr. will be the highest-starting Toyota Camry in third, as the defending series champion drove his Furniture Row Racing No. 78 to a lap of 157.432 mph. He will be joined by Kyle Busch in the Joe Gibbs Racing No. 18, and rounding out the top five was Ricky Stenhouse Jr. in a Roush Fenway Racing Ford.

Larson was fastest in the second round of qualifying, followed by Elliott and Suárez. Those failing to advance out of the second round include Aric Almirola (13th), Ryan Blaney (14th), Joey Logano (18th) and Jimmie Johnson (19th).

Kyle Busch was fastest in the first round of qualifying with a lap of 157.116 mph. Those failing to advance out of the first round include Kasey Kahne, Darrell Wallace Jr., Austin Dillon and AJ Allmendinger, who will line up 25th-28th. Former Daytona 500 and Dover winner Derrike Cope will start 36th in the No. 99, a second StarCom Racing entry. Corey LaJoie did not participate in qualifying in his TriStar Motorsports No. 72 after blowing an engine in the closing minutes of practice. He’ll start at the rear of the field in 38th.