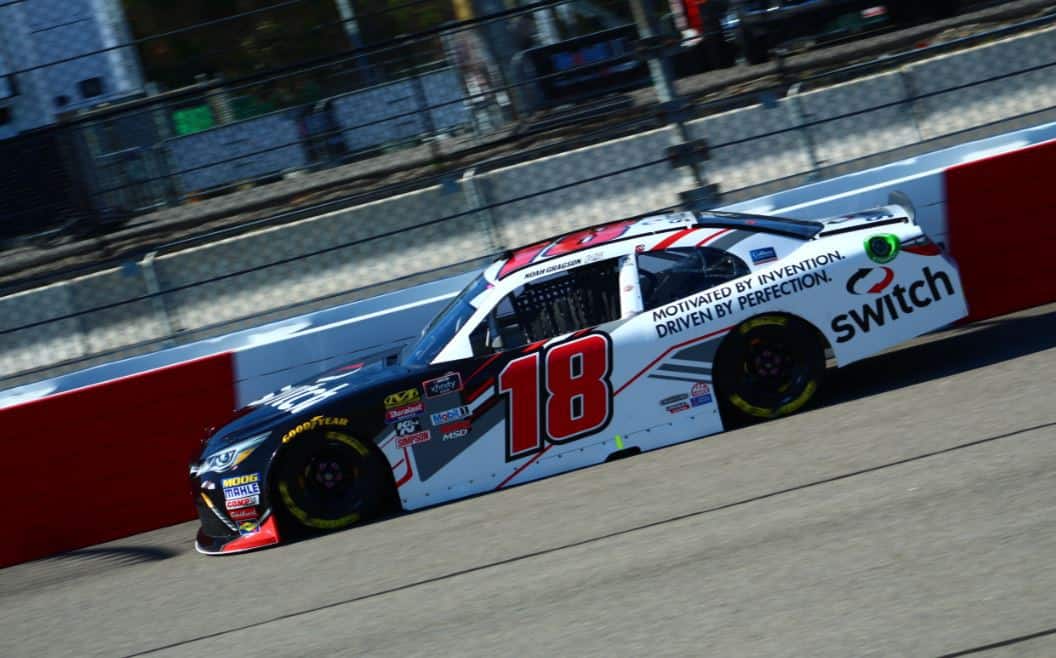 The session was not completely clean.  Late in practice, the red flag was thrown when Cody Ware spun and hit the wall in the No. 74 Dodge, citing a brake failure.

Ware, who is also driving the No. 51 Chevrolet in the Monster Energy NASCAR Cup Series for his father Rick, was ok.  He was back out on track in the Cup car shortly afterwards.

34 cars took part in the opening session, Nemechek and Kaz Grala tied for most laps run at 35.

Bell won the second practice with a lap of 152.665 mph just a couple of minutes into the session, the No. 20 Toyota led the entirety of the 45-minute session at the Monster Mile.

The Chevrolet Camaros of JRM teammates Sadler and points leader Reddick were second and third at 151.248 mph and 150.981 mph, respectively, while the top-ranked Ford was Team Penske’s Cindric in fourth at 150.584 mph. Rounding out the top five was Richard Childress Racing’s Tifft at 150.577 mph.

Filling in for the suspended Spencer Gallagher, Truck Series veteran Johnny Sauter drove the No. 23 GMS Racing Chevy to 13th at 149.285 mph.

Like the morning session, Happy Hour saw a stoppage due to an on-track incident.  Nemechek spun his Fire Alarm Chevrolet exiting turn 4 and hit the inside wall on the frontstretch.

The crash damaged the left front of the No. 42 Chevy, forcing Nemechek to go to a backup car. Later on, Nemechek set his best lap of the session in the backup car of 148.429 mph, good enough for 19th.  Regardless of what happens in qualifying, Nemechek will have to start the OneMain Financial 200 from the rear of the field.

38 vehicles took to the track, with Gragson running the most laps with 48. Carl Long, who is making his season debut as a driver, drove the fewest laps at three and had the slowest lap at 141.950 mph.