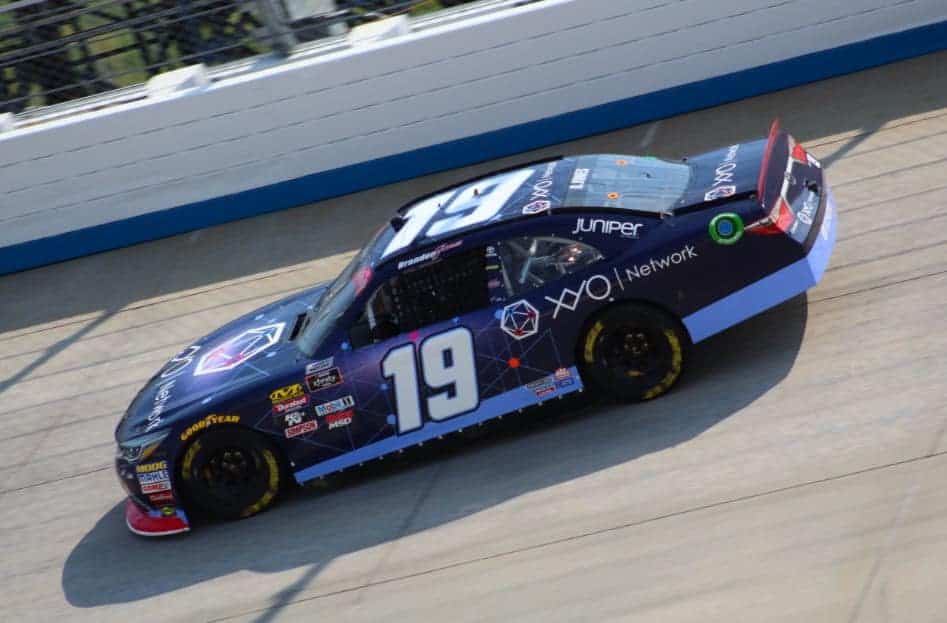 “To be able to have raw speed here [at Dover], that’s pretty awesome,” Jones told FOX Sports’ Matt Yocum after his lap.  “[The crew] is working so hard on this car and we ran great at Bristol.  I feel like there are similarities between the two tracks, so I hope we can have a good afternoon and get after that $100,000.”

Justin Allgaier had a good first half of his lap in Round No. 3, but slipped in turns three and four.  He’ll start sixth, followed by Austin Cindric and Ryan Truex.  Ty Majeski and Jeb Burton round out the top 10.

Once again, inspection woes were the big story in Round No. 1.  Only 32 of the 41 cars entered managed to get through inspection and set times. Big names that failed to get on track included John Hunter Nemechek, Christopher Bell, Tyler Reddick and Cole Custer.

Mike Harmon also failed to make it through inspection. As a result, he failed to qualify for the race. Overnight, he took over behind the wheel of the No. 74 Dodge after Cody Ware crashed in the first practice session. The team then repaired the Dodge Challenger, but couldn’t get through the “Room of Doom.”‘

For those in the XFINITY Dash 4 Cash, Jones on pole is the highest qualified of the group. Sadler will start fourth, Allgaier is sixth and Ryan Sieg in 13th.

Due to potential adverse weather, NASCAR made the decision to move up the start of the race by one hour. As a result, coverage of the OneMain Financial 200 will begin with NASCAR RaceDay – XFINITY Edition at Noon ET on FOX Sports 1. Race coverage will follow at 12:30 p.m ET.