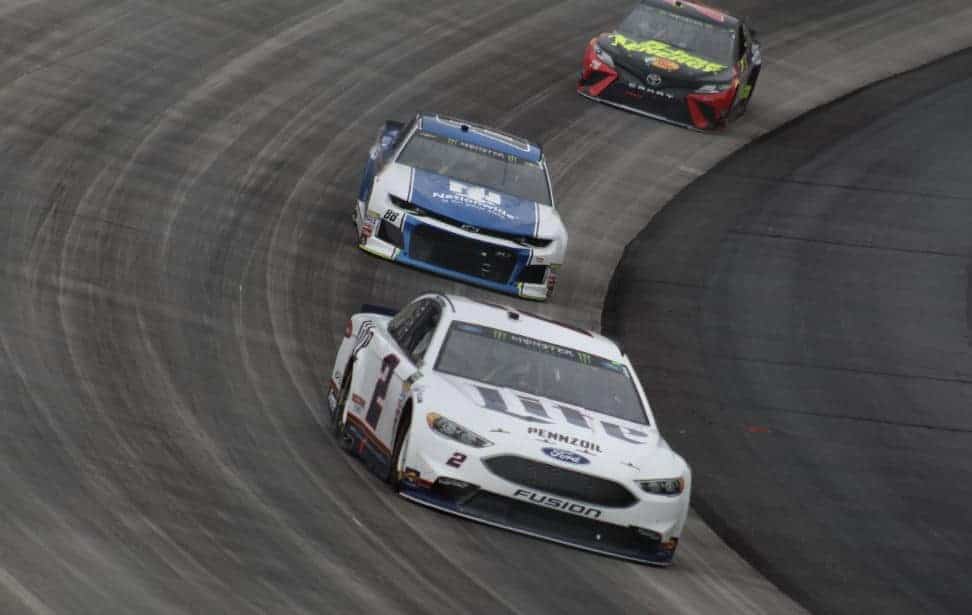 The Team Penske Ford jumped to the lead early and held it for 108 laps, offering strong competition to the dominant run seen by race winner Kevin Harvick.

Keselowski ran third and second in the first two stages, collecting 17 stage points. Keselowski, however, fell off during the last half of the 400-lapper, eventually settling for sixth at the checkered flag.

“We led some laps, which was good,” Keselowski said. “We just fell apart the last two runs.”

With 80 laps to go, the race was red flagged due to rain. The conditions cleared the track of wear and tear and gave the drivers a new feel for the final 80 circuits.

This change in track conditions, however, played no part in Keselowski’s decline. Instead, it was a poor pit stop that left him losing positions and sitting back in traffic. The team struggles transferred straight into the driver’s seat; Keselowski found himself stuck in place during a final run that went Harvick’s way.

“It wasn’t a big deal for us,” he said of the rain. “It was pretty equal and fair for everyone, NASCAR did a good job of cleaning the track up and getting us back going.”

Hot off a win from Joey Logano at Talladega Superspeedway, Team Penske’s three-car organization has struggled to last until the end to score victories. Ryan Blaney had dominated three races this year (Daytona, Martinsville and Bristol) while Keselowski led more laps Sunday at Dover than any other race in more than a year.

Despite the early speed, Sunday proved again to show that weakness from the Ford camp. Sixth place was Keselowski’s best finish since Auto Club in March and his sixth top-10 finish of 2018.

“We just have to keep working on it,” he said.