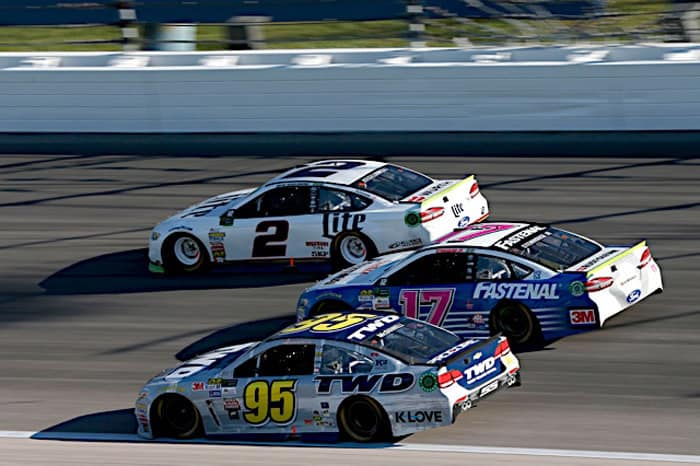 After tackling The Monster Mile this past weekend at Dover International Speedway, the Monster Energy NASCAR Cup Series heads to Kansas Speedway for the second night race of the 2018 season.  39 cars are entered this week, meaning everyone will race and nobody will go home.

The most notable change on this week’s entry list is Matt Kenseth returning to the series for the first time since Homestead 2017.  He will be driving the No. 6 car for Roush-Fenway Racing after the announcement came a few weeks ago that he would be sharing the ride with Trevor Bayne the rest of the season.  Kenseth is the 2003 Champion of the series and drove for Roush-Fenway from 1999-2012, winning a total of 24 races including two Daytona 500 victories.

Carl Long will be driving the No. 66 car for Motorsports Business Management this weekend.  This will be Long’s first start of the season, after withdrawing from his only other scheduled start so far this year at the Texas Motor Speedway.

Corey LaJoie will be behind the wheel of the No. 72 car for Tri-Star Motorsports for the second consecutive week.  He will look for his second top-25 finish this year. LaJoie has three DNF’s in four starts after blowing another engine this past weekend at the Dover International Speedway.

Derrike Cope will be back in the No. 99 for StarCom Racing, the second straight week that StarCom will have two cars entered.  Cope unfortunately had his day cut short early at Dover and finished 37th.

Another chance for Cope to bring out a caution. Maybe this time the event won’t be running late and the 23 can cause one again at the end.