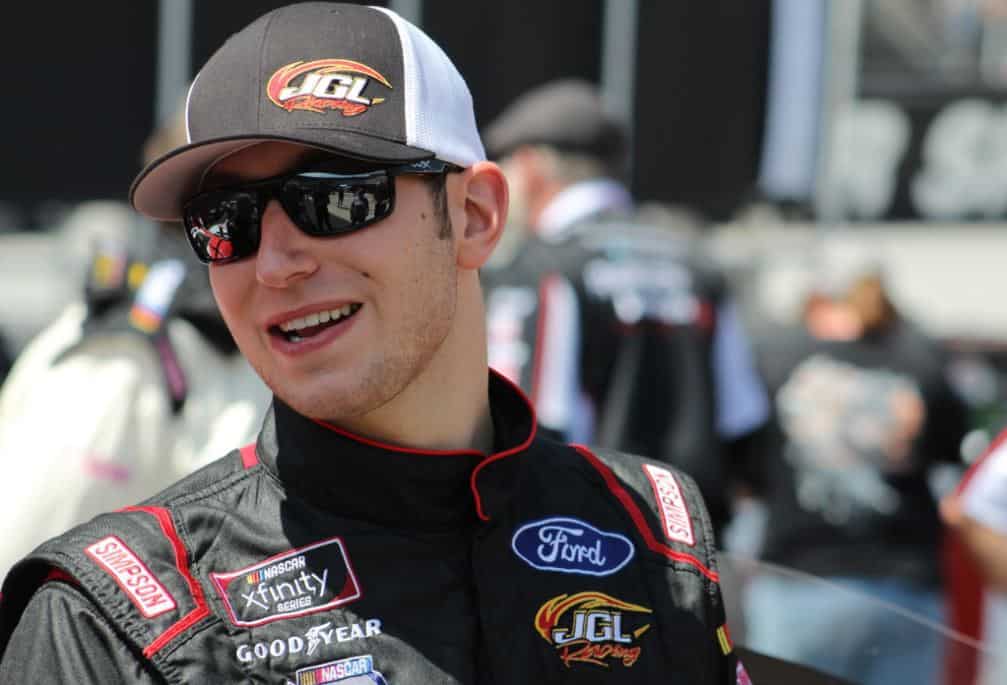 At just four years old, Kaz Grala began racing go-karts in Boston and then began competing a few years later. Since then, he’s raced in Bandoleros, the UARA-Stars Series, the Continental Tire SportsCar Challenge, the Rolex 24 Hours of Daytona and even the K&N Pro Series East. But until 2016, those who only watch NASCAR’s top three series hadn’t heard of him until he made his Camping World Truck Series debut behind the wheel of the No. 33 Chevrolet for GMS Racing. He posted three top 10s in his nine starts that season.

The following year, he joined the organization full-time, fresh off of GMS winning its first championship with Johnny Sauter. In the season-opener, Grala managed to keep the fenders on his No. 33 Chevrolet and was around at the finish when a multi-truck crash on the final lap propelled this virtual unknown straight to Victory Lane. He’s the youngest NASCAR driver to win at Daytona, a distinction that may stick as long as NASCAR keeps its minimum competition age at 18; he was 18 years, one month, 26 days old when he took the win. After making the playoffs, he was unable to move beyond the first round and ultimately ended the 2017 season seventh in the standings with the lone victory, five top fives and 11 top-10 finishes.

Fast forward to 2018 and Grala is already racing in the XFINITY Series. In a move no one saw coming, he joined JGL Racing and now pilots the No. 24 Ford. In his 10 starts this season, Grala has just a single top 10, a fourth at Daytona to open the year. He currently sits 19th in the championship standings.

Beth Lunkenheimer, Frontstretch: Let’s start with the Daytona Truck Series win last year. That had to have been a whirlwind because you weren’t expecting it at all. Tell me a little bit about what it meant to you.

Kaz Grala: It definitely was a surprise to everybody, including myself. Coming into that race, you’ve got the whole two-month offseason to think about it and stress about it. I had never raced on a track bigger than a mile and a quarter, so I didn’t really know what to expect but I knew I was terrified. That probably knocked a few years off of my life just from the stress from that offseason, especially the few days leading up to it.

Once the race got going, I got a little more comfortable and got confident in what I had to do out there. I stayed in the top five for the majority of the race, and of course, a little luck helped me at the end. I wouldn’t have won without that, but we were there to capitalize on it. There were 31 other guys that weren’t in the right position, so there’s something to be said about that. It was really big for our team and for our season to be able to make the playoffs from that, and it really set the tone for our year.

I had some learning curve after that in the season, but I’d say about halfway through the year, I really started getting comfortable and clicking off some good finishes. We didn’t make it to the second round of the playoffs, but that was only from being on the other side of the luck from the second plate race of the year. I think, had it not been for that, we would have been pretty solid through the next round. It was a good 2017 season and it was fun in February.

Lunkenheimer: After the win in February, did you imagine you’d be in the XFINITY Series already this season?

Grala: No, definitely not. I thought I’d spend a couple years in the Truck Series and see if I could get more rides there. I felt like I still had more to learn in the Trucks, even at the end of the year. But when you get the opportunity to run at the next level, of course, you have to take it. I’m really grateful to JGL Racing for giving me this shot this year. So far, it’s gone really well for us, and I’ve really enjoyed driving these cars. I’m having a blast, so I really can’t complain.

Lunkenheimer: How did the XFINITY Series deal come about?

Grala: It was because of that Daytona win, actually. Our team owner here is really passionate about the plate races. Obviously, he’s a huge race fan because he owns a race team, but particularly those restrictor plate races really get him excited. I popped up on his radar when I won that race at Daytona, so he kept his eye on me throughout the season. We didn’t win another race, but we had some really good runs. He was watching the way I was racing, and he decided he wanted to have me on his team because I was good at the plate races and he liked the way I raced in general.

We started the year off this year with a really good finish; top five in our first plate race. It’s paid off as a match, the team and the driver. Even since then, we’ve had some really good runs.

Lunkenheimer: What’s the biggest challenge you’ve faced transitioning from the truck to the XFINITY cars?

Grala: I thought it was going to be harder than it turned out to be, driving wise. Of course, the competition is a huge step up and that’s something I’m still working on. The actual car is way different than a truck, but it feels just like a K&N car or late model, anything before trucks. The trucks are a different animal because of the aero, but the XFINITY cars are more like what I’ve done for a long time. Rather than it being a transition for me, I actually feel like it was like a homecoming and being able to unadjust myself from the bad habits I’d learned in the trucks, so it’s been pretty natural.

Lunkenheimer: Who do you lean on for advice as you’re trying to work through your rookie season?

Grala: I’ve been talking to Justin Allgaier quite a bit this year. Of course, he’s a veteran in the series, he’s raced in Cup, and he’s current too, which is really helpful. It’s hard to come by someone who’s really nice and will give you all the information that they have when they’re currently in the sport. You can find someone who’s retired that will do that, but then you’ll have to wonder if the aero package is different. Justin is running in the top five every week right now, so you know that the stuff he’s saying is accurate. It’s been really helpful.

Grala: He helped me out a lot in California. That was the first track this year that we went to that I’ve never been to before. I would guess it’s probably one of the hardest tracks in NASCAR simply because there are so many options for lines to run. If you’re going there for the first time and you look at how wide that race track is, you just think there are so many things you can do but don’t know what’s right. He helped me by telling me where to start in practice; he gave me a good baseline and I was able to work from there, so that was really crucial.

That was our first time making the final round of qualifying as well, which was huge for us as an entire organization. And a lot of that was off of Justin’s advice for those mock runs.

Lunkenheimer: What are your expectations for the rest of the season?

Grala: Realistically, if we can keep running solidly where we are, I think we’ll keep ourselves right at or around the bubble for the playoffs. I think when we get into August with the three road courses, that will be an opportunity to capitalize on some points. A win would be great and that’s what we’re going for, but if I can score some top fives and top 10s and get those points, I know some of the guys we’re around don’t have a road course background and that might be an opportunity for me to take advantage of. And that’s right at the end of the regular season, so it’s perfect timing for that.

I think our goal is to for sure make the playoffs. We know it’s a lofty one, but I know we can do it.

Lunkenheimer: If you weren’t racing, what would you be doing?

Grala: If I wasn’t racing, I’d be in college right now because I’m really interested in engineering. I’m actually planning on starting at Georgia Tech in January as a mechanical engineer, but I probably would have already been doing so if I wasn’t racing. I did take a year and a half off to focus on racing last year and this year.

Lunkenheimer: Since you’re so interested in engineering, have you been involved in the setups either with the truck or now, working with the team in the shop?

Grala: Of course, my crew chief and engineer know a whole lot more about this stuff than I do, but I’ve been picking their brains, trying to understand the ins and the outs of it myself. I know at the end of the Truck season, I’d make some suggestions for changes. I’m not as confident in that now as some of the veterans are because they’ve seen what those changes are like more often than I have. Already even this year, there were a couple changes I’ve suggested that worked out. I think that’s something that can really help you as a competitor to have in your toolbox.

Lunkenheimer: If we dig into your playlist, what are we going to find?

Grala: You’re going to find music that really doesn’t match me. I listen to some pretty serious hardcore rap, but I just don’t think I really seem like that kind. Probably Migos, 21 Savage, Cardi B, that’s what you’re going to find.

Lunkenheimer: Do you have any pre-race routines or rituals to get ready for the race?

Grala: I don’t know if this has actually been diagnosed, but I have pretty severe OCD in my head so I have daily life rituals. I do everything the same always. I always have a banana and peanut butter on race day as breakfast, and I have worn the same headsock since I started racing when I was four. It was my dad’s headsock when he used to race, so it’s older than me. It’s got to be at least 20 years old at this point, and there’s no way it’s fireproof still. I’ve said this before: it’s probably flammable.