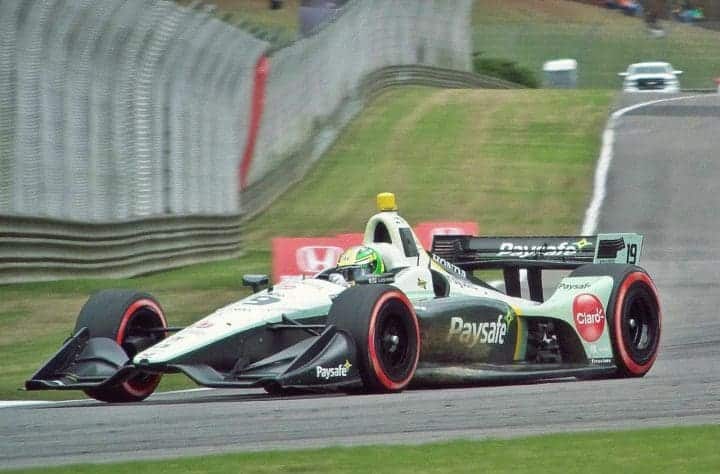 Fittipaldi was slated to make his second Verizon IndyCar Series start on Saturday. The Brazilian driver was involved in this crash during qualifying for the FIA World Endurance Championship event at the Circuit de Spa-Francorchamps on May 4.

A broken left leg and right ankle have resulted in Fittipaldi being sidelined for at least the next eight weeks. As of this writing, Fittipaldi is still in the hospital in Liège, Belgium, but recovering.

Claman De Melo was slated to make his next start for Dale Coyne Racing next month in the Chevrolet Detroit Grand Prix. Fittipaldi’s replacement(s) for the Indianapolis 500 and Texas Motor Speedway will be announced at a later date.

“I’m extremely excited to get to race at the INDYCAR Grand Prix this weekend aboard the No. 19 Paysafe car, but I’m sad that it’s under these circumstances,” said Claman De Melo. “My thoughts are first and foremost with Pietro (Fittipaldi), you never want to see that happen to a competitor, much less a teammate.”

“Getting to race at the Indianapolis Motor Speedway is always special. I enjoyed racing there in Indy Lights and I can’t wait to now get a chance to drive there aboard an Indy car. It’s a fun track with some good passing opportunities which means it should be a good show for the fans. Hopefully, we can turn our luck around and come out of the weekend with a good result.”