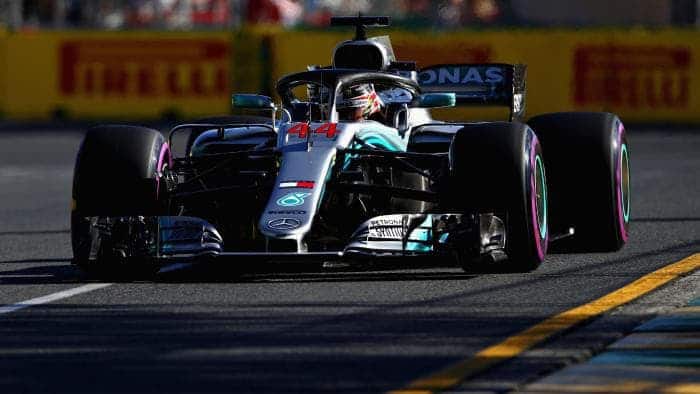 Lewis Hamilton proved Friday afternoon in second practice that his Mercedes is back in race-winning contention as the Briton set the fastest time of the session, recording a 1:18:259, though just 0.133 seconds ahead of the Red Bull pair of Daniel Ricciardo and third place Max Verstappen, in preparation for Sunday’s Spanish Grand Prix at the Circuit de Barcelona-Catalunya in Spain.

While the Mercedes and Red Bull’s were in fine form, the Ferraris of Sebastian Vettel and Kimi Raikkonen were unable to get anywhere near the top three as Raikkonen suffered what is a rare power issue in his car. Vettel did no better as the German showed a time a three-tenths slower time than Hamilton.

The happiest day for any team went to the American Haas F1 Team, who placed 7th and 8th in the afternoon session with Romain Grosjean and Kevin Magnussen, respectively.

Vettel, even with his issues, took fourth, while Valtteri Bottas finished fifth. Raikkonen was sixth, despite the power issue, with Stoffel Vandoorne ninth in his McLaren and Sergio Perez rounding out the top ten in his Force India.

The final 90 minutes of the day went smoothly in comparison to the morning’s practice, which saw many drivers trying to get used to the new track pavement that had been laid down weeks ago. In addition, the opening session had a good amount of wind, which made it difficult to achieve fastest times.

Bottas set the fastest time not only of the session, but of the day, with a 1:18:148, with Hamilton in second. But the issue throughout the entire morning was at turns nine and 13, which many drivers suffered a handful of entries into the gravel traps. Brendon Hartley and Grosjean among them.

Robert Kubica, trying to make a formula 1 return after many seasons, got his chance to return for Williams in the session, but spun out at turn 13 as well. As for his teammate, Lance Stroll, turn five was a victim for the Canadian, spinning into the gravel and remaining there.

This is the first time that Hamilton and Bottas have put their Mercedes cars in the front all season. But Red Bull, with the new upgraded Renault engine, just might end up giving the silver arrows competition this weekend, if Ferrari continues their issues.

Just wanted to comment after watching qualifying this morning. What a refreshing change of pace the broadcast is. Commentators actually providing useful information such as the in car of the Williams and the Ferrari to show how difficult the handling of the Williams was. To a Williams fan thats probably useful stuff.
And nobody appeared to be auditioning for a comedy club spot or insulted my intelligence. Certainly a huge improvement from the beginning of the year.

Maybe whoever gets the next nascar TV contract might consider the same approach.