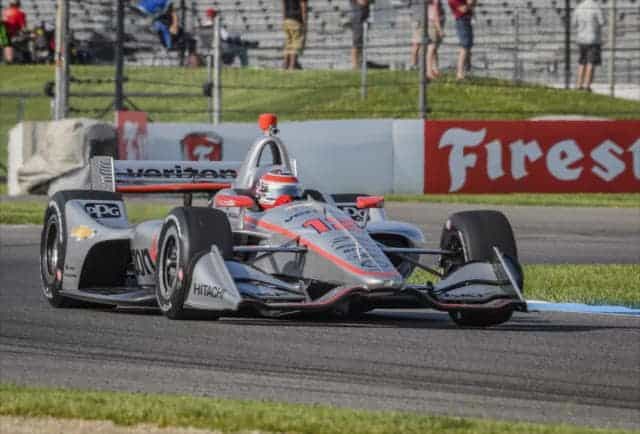 Relief for Will Power came on Friday during qualifying for Saturday’s IndyCar Grand Prix of Indianapolis. The start of the season has been nothing but rough for the Team Penske veteran but during qualifying, Power pushed through to earn his 51st career IndyCar pole.

Despite already taking a lap during the Firestone Fast Six, the No. 12 Verizon Chevrolet took to the track for a second lap. That second lap would be .870 seconds faster than the lap that Robert Wickens posted, pushing the Toronto, Ontario native to second. Wickens would also attempt a second lap but he wouldn’t improve and he’d have to settle for second. The second-place start is the second of his career on the front row.

Coverage of the IndyCar Grand Prix begins Sunday at 3:30 p.m. ET on ABC and will be broadcasted live on the Advance Auto Parts INDYCAR Radio Network.