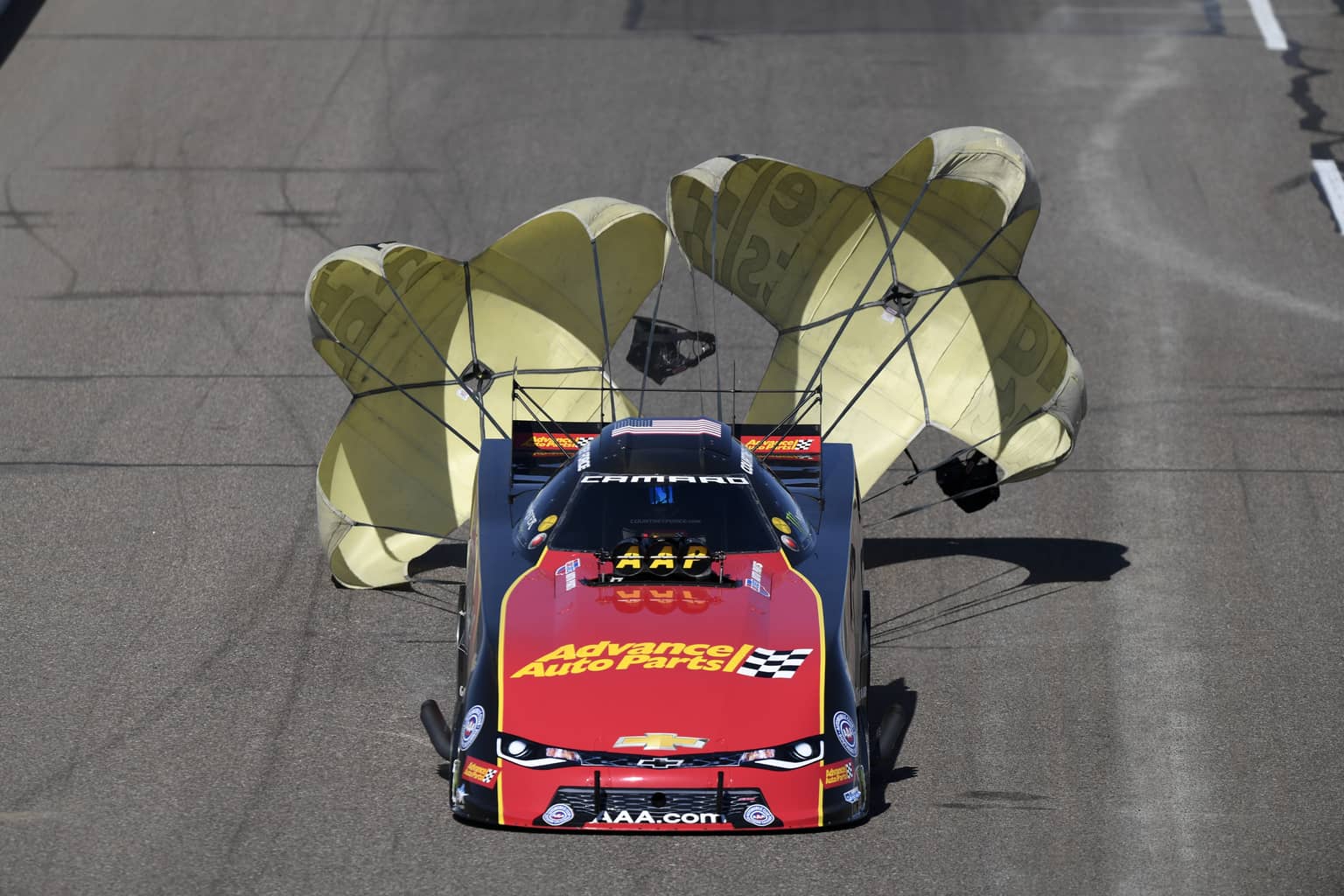 Here we are, seven races down, 17 to go. That’s just over one-quarter of the way through the 2018 season. Teams hit on good combinations at any point in the year, and typically, because of the Countdown, the ones that do it in the final quarter end up with a championship — no matter how the early part of the year shook out.

On the other side of the spectrum, sometimes the team that flies out of the gate stumbles somewhere along the way and falls. How any given team or driver is doing at this point in the year really doesn’t have much bearing on where they might end up, but it’s still worth looking at what trends exist right now.

The only class with a driver leading the standings by triple digits is in Top Fuel, where Steve Torrence holds the lead.  Torrence was bitterly disappointed last season when he came up short on a championship. Torrence had dominated much of the regular season but of course the points standings were tightened up at the start of the championship Countdown. Torrence’s team stumbled badly when a wreck threw them off their game and was unable to recover and match the level they’d been achieving in the regular season, opening the door for challengers, including eventual champion Brittany Force.

The moral of the story, though, is that just because Torrence is dominant now, it’s no guarantee of how his season will end. It’s certainly an indicator of what other teams need to shoot for if they want to challenge, but not a guarantee because anything can happen over those last six races.

Things are much closer in Funny Car, where Courtney Force holds just eight points over Jack Beckman. The more interesting thing about that small margin, as well as the 48 point gap that Vincent Nobile holds over Bo Butner in Pro Stock, is the seeming parity of those classes. No one is running away with anything.

What’s more notable in Funny Car is who is not in the top ten, namely John Force. Force got his year off to a terrible start, suffering explosions at the first three events and missing the field entirely in Houston. Don’t count 16-time champion out just yet though. He’s working his way back up and now sits just three points outside of the top ten. Granted he’ll need that Countdown reset, but it means that even he still has a chance to be 17-time if his team gets hot at the right time.

After only three events for Pro Stock Motorcycle, spotting trends is not as cut and dried, although for what it’s worth, it appears perennial championship contenders Eddie Krawiec and Andrew Hines are once again off to a promising start, sitting atop the standings already.

Also interesting are some of the names in the top ten in some of the pro-car classes. Falling car counts for the pro classes has been a topic of discussion, particularly each time another long-running team announces it will not return the following season. There have been a number of events where very short fields have run in some of these classes. This year, however, there seems to be at least 16 cars on hand for each event, and some of the drivers on smaller teams who are typically outside of the top ten find themselves inside of it this year.

There are a few ways to look at this. The optimistic way is to see it as a great opportunity for these small teams to go out and win some rounds, score some points, and actually have something to show for their efforts other than going out in the first round every week and sitting behind that big red cutoff line in points all year. If they can make the Countdown, even better.

The other way to look at it is that there are too few top quality cars to even fill out the top ten, but I think that sells short the idea that good teams have to start at the bottom and work their way up. I think some of these teams are trying to do just that and actually finding the opportunity to do so.

Scott Palmer and his Top Fuel operation come to mind under this scenario. Granted Palmer is sitting just outside the top ten in points, but he’s within striking distance and more importantly, he wins rounds, something a team like his would probably not have been able to say very often a few years ago. As a result, his team has the chance to improve and become an even stronger competitor.