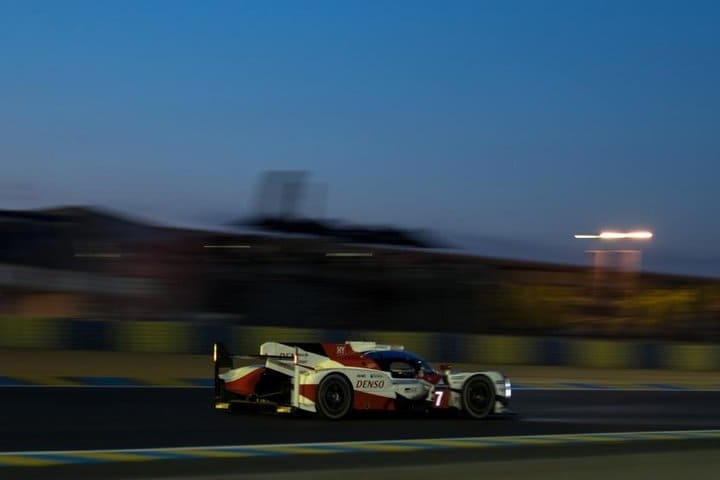 The ACO released the official entry list for the Le Mans Test Day (and by extension, the 24 Hours of Le Mans) on Thursday.  There are currently 62 teams on the list.  60 of those teams have confirmed entries in the race.  However, if anyone cannot compete, one (or both) of the two reserve entries can take their place.

The headlining LMP1 class has 10 entries.  The two Ginettas from CEFC TRSM Racing that withdrew from Spa are entered.  The press releases issued after Spa indicated that the team was having money problems, but that the issues should be settled prior to Le Mans.

For DragonSpeed, regular driver Renger van der Zande is in the No. 10 BR1 Engineering BR1.  He is officially a regular driver for the team, but missed Spa due to his IMSA WeatherTech SportsCar Championship commitments with Wayne Taylor Racing.  Pietro Fittipaldi, who was injured in qualifying at Spa, was van der Zande’s substitute.

Action Express Racing’s Felipe Nasr will continue with the Cetilar Villorba Corse team that he raced with at Monza last weekend.  Also, watch for former IMSA regulars Tracy Krohn and Nic Jönsson in the Eurasia Motorsport No. 44 Ligier.

GTE-Pro has been buoyed by entries from the IMSA WeatherTech SportsCar Championship’s GT Le Mans.  As a result, there are 17 entries.

Corvette Racing is back on the scene with their two Corvette C7.Rs.  No change from the endurance driver lineups that ran at both Daytona and Sebring.  Ford Chip Ganassi Racing IMSA is entered with their two Ford GTs.  Once again, Sébastien Bourdais (No. 68) and Scott Dixon (No. 69) will contest the race.  Tony Kanaan will drive the No. 67.  He was scheduled to at Spa as well, but Harry Tincknell crashed out before he could get in the car.

Porsche GT Team has also expanded to four cars with all of their IMSA drivers in the fold.  Laurens Vanthoor will be in the No. 92, while the other three IMSA regulars (Earl Bamber, Patrick Pilet and Nick Tandy) will be in the No. 93.  The No. 94 will be driven by former Porsche LMP1 drivers Timo Bernhard and Romain Dumas, along with young Sven Müller.

Ferrari has also increased their ranks with a third AF Corse entry, the No. 52.  That car will be driven by Pipo Derani, Antonio Giovinazzi and Toni Vilander.

The GTE-Am class has 13 entries, eight of which are full-time WEC teams.  Those that are not include the Keating Motorsports No. 85 for Ben Keating, Jeroen Bleekemolen and Luca Stolz.  That team, running in association with Risi Competizione, is in via the automatic bid for the winner of the Bob Akin Award, given to the best amateur driver in GT Daytona.

Cooper MacNeil will drive for defending class winners JMW Motorsport in a Ferrari.  Both the JMW and Keating Ferraris will have WeatherTech sponsorship.  Finally, Proton Competition is fielding an all-American lineup in their third car, No. 99.  Patrick Long, Tim Pappas and Spencer Pumpelly will drive.

If any of the 60 teams withdraw from the field, the reserve entries will take their place.  First on the list is Spirit of Race’s No. 55 Ferrari, currently full-time in the European Le Mans Series’ GTE class.  Matt Griffin is already driving for Clearwater Racing, so Marco Cioci would fill in if the car is promoted into the field.  The other reserve entry is High Class Racing’s Polar Seafood-sponsored Dallara LMP2 for Danish teammates Dennis Andersen and Anders Fjordbach.

The Le Mans Test Day is scheduled for Sunday, June 3.  Unless a driver has a conflicting race that day, attendance is mandatory by all designated drivers.  Bourdais, Kanaan and Dixon are exceptions since the Verizon IndyCar Series has their second race of the weekend at Belle Isle Park the day of the test.