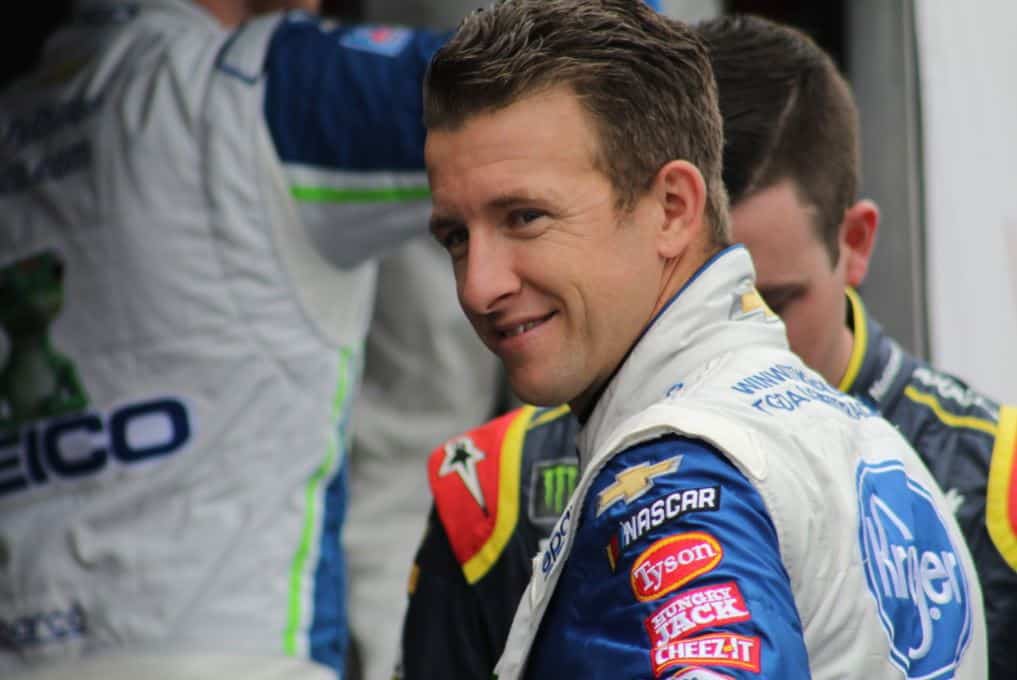 Four drivers were added to the starting lineup for the Monster Energy All-Star Race following the Monster Energy Open on Saturday night (May 19). Alex Bowman, Daniel Suarez and A.J. Allmendinger all won stages in the Open to advance, while Chase Elliott won the fan vote.

Aric Almirola started the race on the pole after qualifying was rained out and the starting lineup was based on points. Almirola led the first 11 laps before Bowman took the lead.

Bowman put a gap on the field before Erik Jones caught him at the end. Jones tried to maneuver around the No. 88, but Bowman defended the lead to win the first stage for his first career All-Star appearance.

Elliott got the lead early in the second stage, but Suarez took the lead from him on the third lap. Suarez led 18 laps and held off a late charge from Allmendinger to grab stage 2. It’s the second year in a row Suarez has won an Open stage to advance to the All-Star race.

Darrell Wallace Jr. took two tires on the final pit stop to take the lead. Wallace maintained the lead on the restart as he and Elliott broke out to a two-car breakaway.

After leading for seven laps, Wallace lost the lead to Elliott after he gave him the bottom. The side-by-side racing between the pair allowed for the rest of the field to catch up, led by Allmendinger and Jones. Wallace was shuffled out and eventually finished the stage in 11th.

The No. 20 rammed into the back of the No. 47, and Allmendinger used the move to absorb Jones’ momentum and propel to the Open victory. The win marks Allmendinger’s second career Open win and his fifth All-Star appearance.

The Monster Energy All-Star Race will start at 8:16 p.m./ET on Saturday night on FS1.

Dinger had a great piece tonight. Sucks he put it in the wall. It was nice to see a little team running up front for awhile.

Chase should have put the little creep Allmendinger into the wall. I am beginning to think he is too nice to be a racer. With his talent and some of Kyle Busch’s anger, he could be a great driver, but it just isn’t happening.

But 2 of the 3 segment winners wrecked themselves in the Big Event, so I guess there is some justice in life after all. Bubba’s mistake was racing Chase at all. He knew they would finish 1-2 in the fan vote, so he has only himself to blame for screwing the pooch.