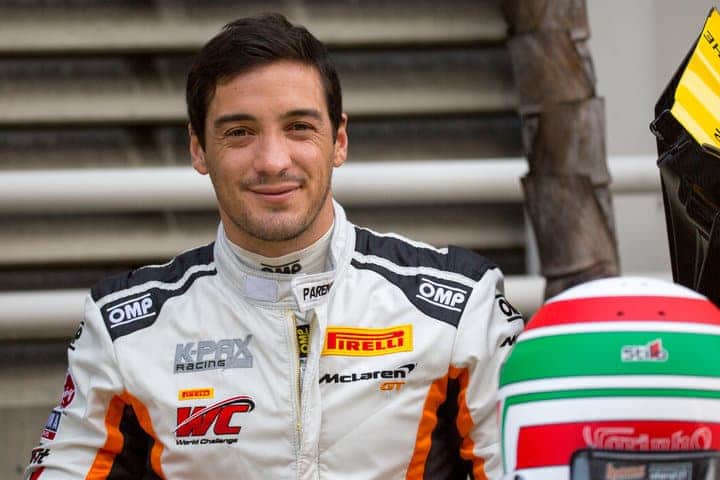 K-PAX Racing’s Bentleys could not be touched on Sunday afternoon at Canadian Tire Motorsports Park.  Àlvaro Parente led flag-to-flag from the overall pole to earn his first victory of the season and his first-ever win in the Bentley Continental GT3.

“It’s been…a really tough season.  We’ve had all the bad luck.  The crew has had to rebuild the car twice,” Parente told CBS Sports Network’s Pilar Lastra after the race.  “Finally, we had a good race.  I dedicate this one to the team, they’ve been flat out rebuilding three cars, It’s been really, really tough.”

From the drop of the green flag, Parente showed that his pace on Friday in practice was no fluke.  He quickly opened up a three-second lead on the pack and held that advantage for much of the race.  Behind Parente, teammate Rodrigo Baptista was second and leading GTA .  R. Ferri Motorsport’s Toni Vilander was right on Baptista’s tail as well.

For the opening few laps of the race, Vilander attempted to get past Baptista’s Bentley, but could not do so.  At the same time, Alegra Motorsports’ Michael Christensen was hot on Vilander’s tail.  Eventually, Baptista was able to slowly pull away, leaving Vilander and Christensen to battle among themselves.

Slowly but surely, Parente continued to pull away from the rest of the GT class to take the overall victory with ease.  His margin of victory was three seconds over Baptista, his teammate and winner of the GTA class.  Vilander was second in GT and third overall, nearly six seconds back.  Christensen and race No. 1 winner Daniel Morad rounded out the top five.

In GTA, Baptista was in another league as compared to the rest of the class.  He was never challenged by any of the other GTA teams in the race, winning easily.  Squadra Corse Garage Italia’s Martin Fuentes was second, but 33.707 seconds behind in eighth overall.  Parker Chase was third.

Pirelli World Challenge GT teams will be back in action next weekend at Lime Rock Park for the third SprintX weekend of the season.  Practice begins on Friday afternoon with races on Saturday and Monday.