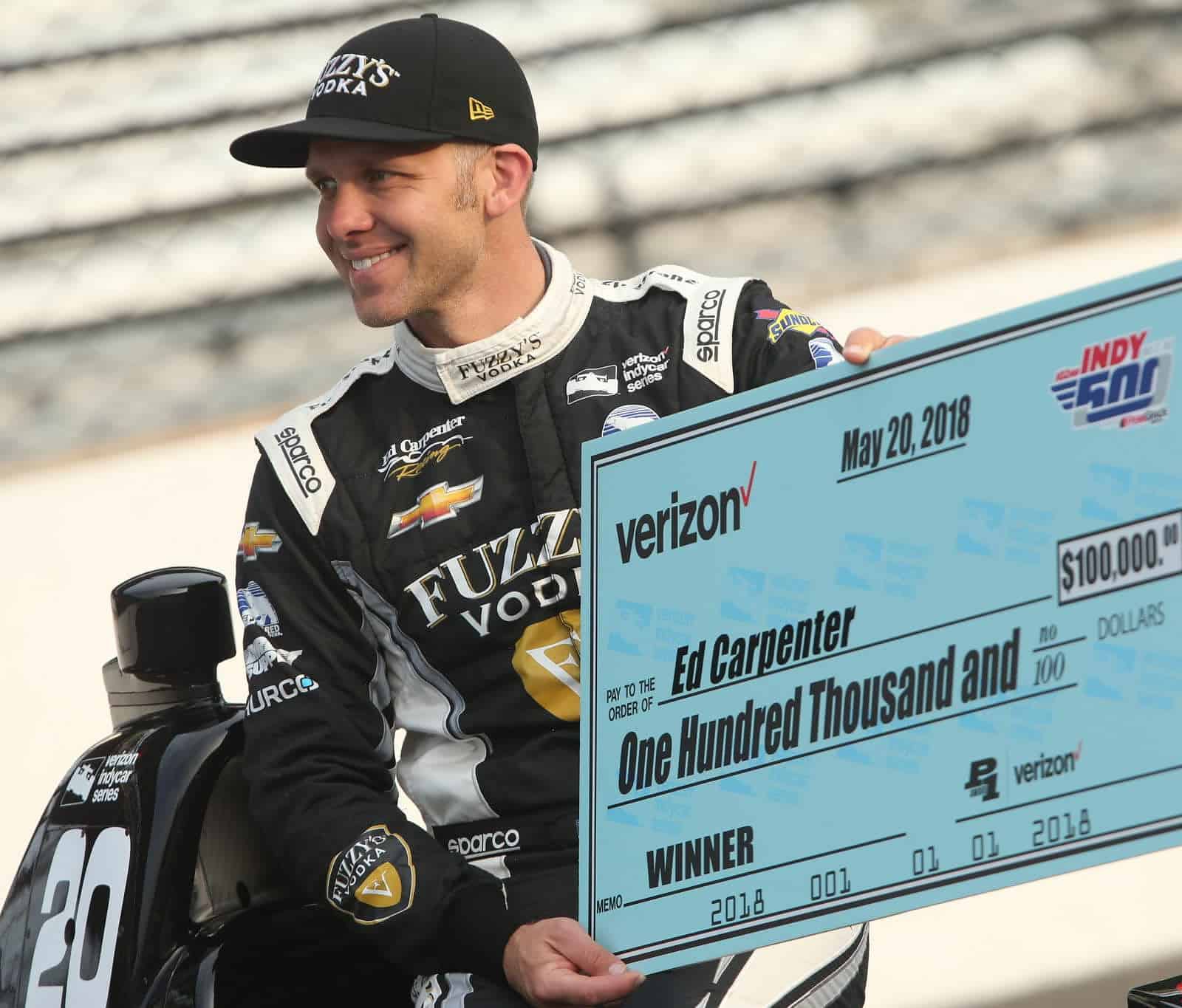 Winning the pole for “The Greatest Spectacle in Racing” is hard enough to accomplish once. On Sunday, driver-owner Ed Carpenter did it for the third time in six years.

Carpenter, in the No. 20 ECR Chevrolet, put up a blistering four-lap run that beat all four Team Penske cars, which have been fastest in single-car runs all week.

Penske drivers Simon Pagenaud and Will Power will start alongside Carpenter on the front row.

“Every other pole I’ve won here, at least one of the laps, I was right-hand down loose on the last lap,” Carpenter said. “But the balance was just perfect for all four laps (Sunday). … It’s still never easy doing what we do, but they certainly gave me a great car.”

“I don’t know that I was expecting to see that, but the 20 car had a lot of speed in it, and we still had a long ways to go at that point,” Carpenter said. “I had seen other guys drop off a lot, especially guys picking up understeer in the middle of the run, so we were able to put down four pretty consistent laps for the time of day.”

ECR is fielding three entries in next Sunday’s Indy 500. All three made it to the Fast Nine, including Danica Patrick, who will conclude her storied racing career with the 500-mile event.

“Before I went out, I kept saying I wanted it to be a boring run, well, as boring as it can be when you’re going 230 mph or more,” Patrick said. “I just wanted everything to be predictable and flow really well. I was able to chase the car with my cockpit adjustments and try and keep the speed in the car the whole run.

“These are tough conditions when it’s hot and humid out here, and the wind is up a little, but overall, my run was as boring as you can possibly get. I’m happy with it, and looking forward to next Sunday.”

Patrick will start seventh. Spencer Pigot, in ECR’s No. 21 car, will take the green flag from sixth.

INDYCAR’s official qualifying results from Sunday can be viewed here.