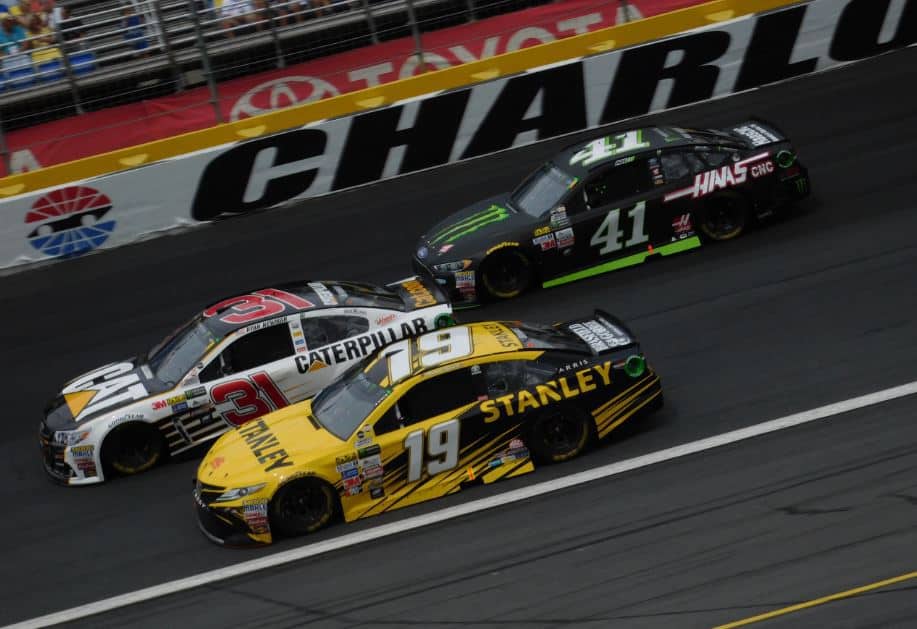 This weekend, the Monster Energy NASCAR Cup Series returns to the Charlotte Motor Speedway for the longest race of the season, the Coca-Cola 600.  41 cars are on this week’s entry list, meaning that one team will go home without racing for the first time this season.

Matt Kenseth returns to the No. 6 car for Roush Fenway Racing for his third overall race with the team this season (second points race).  Kenseth earned his first career Cup Series win in the Coca-Cola 600 during his rookie season in 2000.

Rick Ware Racing will field a second car this week with BJ McLeod behind the wheel of the No. 52 car.  It has yet to be determined who will drive the team’s primary No. 51 car.

NY Racing Team has lodged an entry for the No. 7 Chevrolet with JJ Yeley driving. While the team name may not sound familiar, this team is not new at all. It is the re-invigorated team formerly known as Team Xtreme Racing that last raced in Cup in the 2015 Daytona 500. Johnathan Cohen is still the listed team owner and he has acquired sponsorship from Steakhouse Elite, a Bronx-based ground beef distributor.

Timmy Hill will be back in the No. 66 car for Motorsports Business Management for his fifth Monster Energy NASCAR Cup Series start of the season.

Corey LaJoie will drive the No. 72 for the third straight race for TriStar Motorsports after scoring a season-best 24th place finish at Kansas Speedway.

Parker Kligerman makes his return to the Monster Energy Cup Series this weekend driving the No. 96 car for Gaunt Brothers Racing.  Kligerman has been absent from the series since 2014 when he drove for Swan Racing. After a series of accidents and a lack of sponsorship, Swan Racing entered into what they claimed was a “restructuring.” In reality, Kligerman’s No. 30 team was shut down and the points sold off to Team Xtreme Racing while Anthony Marlowe took the No. 26 (driven at the time by Cole Whitt) to BK Racing. Kligerman currently races part-time in the Camping World Truck Series for Henderson Motorsports.  He scored their only win last season at Talladega Superspeedway and has two career wins in the series.