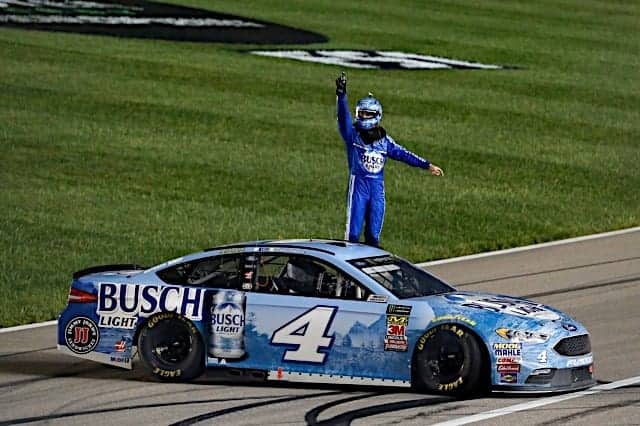 NASCAR heads to Charlotte Motor Speedway this weekend for the Coca-Cola 600. Sunday night’s race (May 27) is the longest and one of the most prestigious on the Monster Energy NASCAR Cup Series schedule.

FanDuel debuted its new daily fantasy NASCAR contest at Talladega Superspeedway a few weeks ago and it will continue on throughout the 2018 season.

Play our contest at fanduel.com/frontstretch this weekend for a chance to win this “Johnny Fly” classic. It’s only $5 to enter and first prize gets this cool signed visor worn by Truex in multiple races this year! Play against other NASCAR drivers, your favorite Frontstretch staff and join the fun at NASCAR’s new fantasy racing destination: FanDuel. 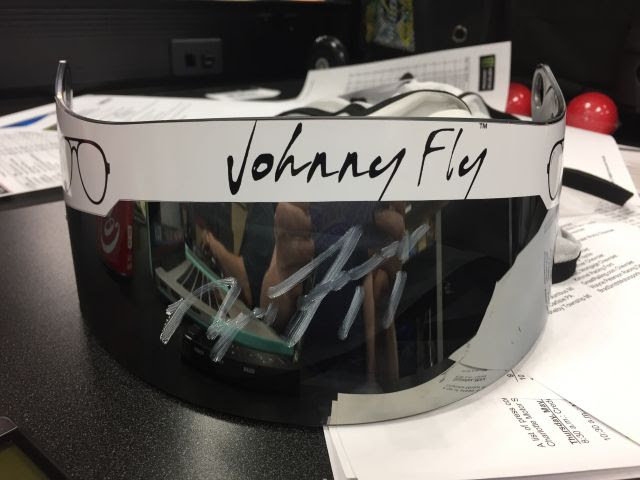 –Second place is a set of hero cards from Ryan Truex and Kaulig Racing.

Also, with only 0.1 points awarded for each lap led by a driver, the need for a dominator is less important when building a winning lineup. This 400-lap race will only have a total of 40 points up for grabs in this category. Take note when building your roster and focus on mid-pack drivers who can climb up toward the front on race day.

Here are a few drivers to keep an eye on for this weekend’s MENCS race.

This weekend could be a special one for the 2014 MENCS champion. Harvick is going for three straight wins for the second time this season and he is also only 89 laps away from becoming the 15th driver in MENCS history to lead 12,000 laps.

Harvick has a series-high five wins this season and sits second in series points. He’s coming off a win in the Monster Energy All-Star Race here and battling from 39th starting spot gives him potential for bonus points. The No. 4 team remains the favorite despite their challenges ahead.

Truex has been the man to beat at Charlotte over the past couple of seasons. He has two wins in his past four races at the track, including the record-breaking 2016 Coca-Cola 600 when he led 392 of the 400 laps.

The defending champ has five top-five finishes in the last six Charlotte races. The No. 78 team has been a step behind Harvick but they’re also still one of the top intermediate track performers.

Charlotte is the only track left on the schedule where Busch has yet to win a MENCS points race. He finished second in this event in 2017, which was his third runner-up finish at the track. Busch has also finished top five or better in eight additional races through his 28 starts.

Busch leads all drivers in points and has three wins so far in 2018. He’s also desperate to cash in at the one MENCS facility he hasn’t visited Victory Lane.

Hamlin leads all active drivers with more than two starts in average finish at Charlotte. His 16 top-10 results also tie him for second among active drivers. Although he is winless here, he has only finished outside the top 10 twice in the past 15 races.

Hamlin has yet to reach Victory Lane in 2018 but has an average finish of 10.2 through 12 races. The No. 11 team is a consistent contender that’ll be a solid top-tier addition to your lineup if you look to save money for other spots.

It is impossible to talk about Charlotte without mentioning the winningest driver in track history. Johnson’s eight MENCS wins here are two higher than Hall of Fame drivers Darrell Waltrip and Bobby Allison.

Johnson has struggled to start the season, but he has recorded three top-10 finishes, including a third-place result at Bristol Motor Speedway, in the last five races. The No. 48 team is slowly coming together and should be expected to perform at one of their better tracks.

Suarez only has two starts at Charlotte at the Cup level. Even though it is a small sample size, he has impressed with finishes of 11th in the 2017 Coca-Cola 600 and sixth last fall. A runner-up finish in the Monster Energy All-Star Race last weekend continued to pad his resume.

Suarez has been on a roll lately. He’s earned three top-10 finishes in the last four races, including a career-best third place at Dover International Speedway. The Coca-Cola 600 has seen seven first-time winners in its history; Suarez has a chance to make that eight.

2018 has been Almirola’s breakout season as the switch to Stewart-Haas Racing has turned him into a weekly top-10 contender. He is on pace to shatter his previous career-high mark of seven top 10s and has more top 15s in the No. 10 car than Danica Patrick had all of last season.

Almirola has been one of the best cars on track in multiple races but is yet to put together a winning performance. His low salary and high upside make him a great addition to lineups this week.

Newman has been outdriving his equipment at Richard Childress Racing for several years now and his recent results at Charlotte back that up. He has three top-10 finishes in the last four races at the track, a run of consistency expected to continue. Newman has runs of ninth and 10th in the past two Coca-Cola 600s. He also sandwiched a fourth-place finish between those in the fall of 2016. 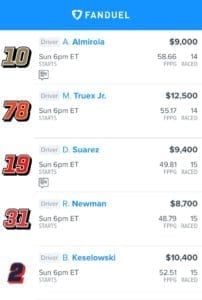