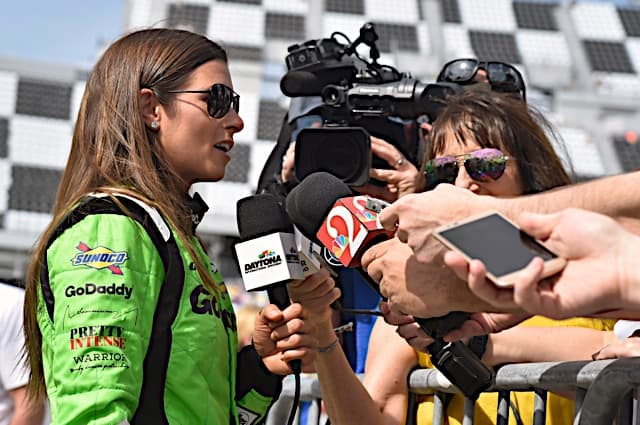 The announcement for the NASCAR Hall of Fame, class of 2019, seemed to come out of nowhere.  That doesn’t mean that it probably hadn’t been on the docket for months, but rather that it does bring a kind of funny realization.  It’s the kind of feeling that comes as no real surprise yet at the same time comes as a reminder that the Hall of Fame is a thing.

This column has picked on the HoF before, most notably for inducting persons who are inevitable entrants over a backlog of historical figures who deserve to take their spot.  That’s to say, we all knew Jeff Gordon was going to make his way into the HoF, there is no drama associated with that notion, but perhaps the organization could have slowed itself down.

Gordon himself stated that “he’s too young to be in a Hall of Fame,” which says something. That the HoF is only admitting five persons at a clip still leaves a myriad of characters to be considered and with each passing year, their stories become more infused with sepia, the details a little more rounded, their impact lessened.

You may want to debate any of this year’s entrants on other criteria, which seems to be one of the reasons for having such a place.  Once again, however, there perhaps needs to be an allocated spot for someone who’s history maps onto the sport from its incipience to, say, 1972.  Those stories are just as relevant as hearing anyone else tell their more recent ones.

Happiness Is…Packages.  This isn’t to talk about some guy’s junk. It’s not to discuss one of the people in a uniform that brings you stuff from Amazon. Nor is this an offer for a vacation package deal — this isn’t Costco. No, this is about racing packages, or the options and decisions that go into making a car and competition. The story of NASCAR implementing a distinctly different rules package for last week’s All-Star Race garnered a lot of attention.

Most of the reactions saw the change as a positive one, seeing the potential for what might be considered more competitive racing; which seems to be the major focus with cars getting as strung out as they do at most tracks.  Indeed, the ASR looked to be entertaining and the leader could never quite scoot away in what has become a normative element to NASCAR races.

Some have pushed for the governing body to include such a racing package later this year.  Ugh. Let’s calm down on some of these things. Everyone should take a deep breath and actually analyze the situation. The changes made the ASR at Charlotte better, but will it elsewhere? Has it really been tested? Wind-tunneled? Brought analysis from the top teams?

We should all applaud NASCAR for trying to make a stale event more fresh — it needed it. That’s how it should be considered right now because even that offers a little bit of hope for the future.

Happiness Is…1,262.  That’s roughly the distance of driving from Charlotte, N.C. to Memphis, Tenn. and back. While there may be any number of fine reasons for making that drive, it is meant as a way to scale the distance and recognize that the sum total of the Monaco GP, Indianapolis 500 and the Coca-Cola 600 is about that same distance.

For racing fans, Sunday is one of the best days of the year. It is an excuse, or reason, to check out from life in some little fashion and to enjoy the variances that exist within motorsports. Sure, rally, sportscar and MotoGP fans all might complain about not being included, but everything can’t be perfect.

Consider that some people have grown tired of Monaco, claiming that it is too difficult to pass there. The argument might be valid, but there’s something about seeing and hearing the cars blast through the tunnel that just makes for enjoyable watching. Of course, with Max Verstappen on track, there’s still a good chance that something peculiarly wild will occur.

Happiness Is…Finale.  To everyone who has grown tired of the hype surrounding Danica Patrick, they can enjoy the fact that her racing career will come to an end on Sunday. Patrick will close out her career by racing the in Indy 500, returning to the form of racing that made her a household name.

For many NASCAR fans, the feeling is one of good riddance. But really, Patrick serves as a cautionary tale — of choosing drivers from open-wheel racing to cross over to stock cars (remember that even IndyCar champ Dario Franchitti failed); of rushing a driver along; of encouraging too much from someone too green in the sport.

What companies took from Patrick was her ability to be marketed, much in the same way that Gordon appeared on almost everything in the late 1990s and early aughts. Their presence begins to overshadow anything they’re doing elsewhere.

While Gordon was able to keep earning wins and contending for championships until his protege took over, Patrick never quite seemed to get the type of managerial advice needed to get her to focus more on racing. That she wasn’t put in a Truck or an XFINITY car almost every weekend, highlights this problematic aspect.

Argue if you want that Patrick’s only IndyCar win came through fuel mileage, but the truth is it doesn’t matter, she still won. She also was the first woman to lead both the Indy and Daytona 500s. These are giant steps that look small when compared to what others have done, but they’re still big. That her career in NASCAR was one of shambles is disappointing. But for a little while, she definitely made things interesting.