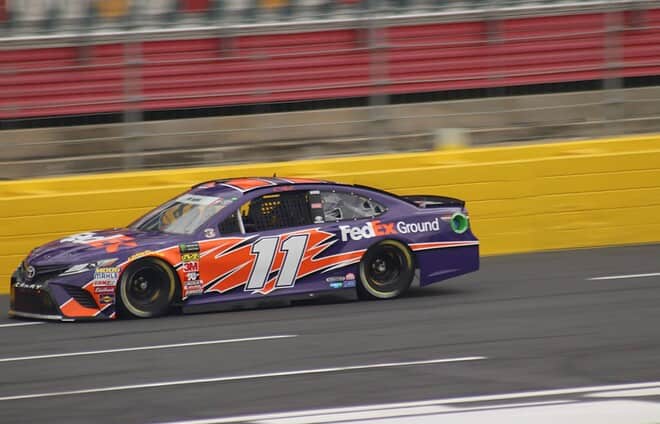 The Monster Energy NASCAR Cup Series held a single practice Friday at Charlotte Motor Speedway ahead of Sunday’s Coca-Cola 600. Denny Hamlin led the pack with a top speed of 190.134 mph, the only driver to top the 190 mark. Most teams made mock qualifying runs to set up for tonight’s time trials.

Ryan Blaney was second at 189.673 mph with his teammate Brad Keselowski in third. Austin Dillon had the fourth quickest speed, with Erik Jones rounding out the top five.

The Cup cars next take to the track later tonight for Coca-Cola 600 qualifying.  There are 40 cars on the entry list, so all will make the race.