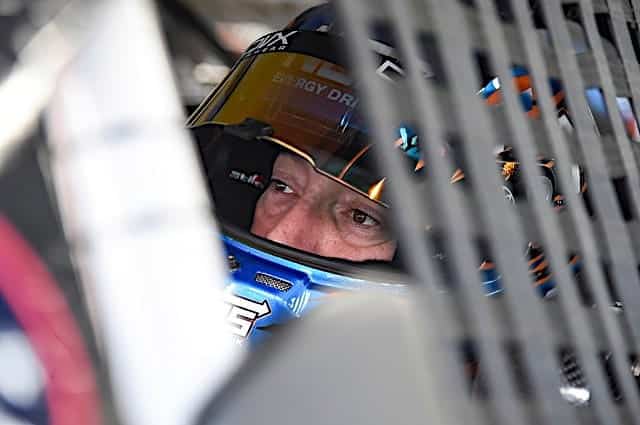 Kyle Busch and Brad Keselowski were fastest in Thursday’s two NASCAR XFINITY Series practices for the
Alsco 300 on Thursday at Charlotte Motor Speedway.

Rounding out the top five were XFINITY regulars Daniel Hemric and Cole Custer at 180.066 and 179.820
mph, respectively.

Rounding out the top 10 were Ty Dillon, Tyler Reddick, Christopher Bell, Justin Allgaier and Chase Briscoe in the
Stewart-Haas Racing No. 98.

36 of the 43 entered cars took part in the practice, Briscoe turned the most laps with 38, several drivers
only took one lap.

Vinnie Miller’s No. 01 car smacked the wall before he could record an official lap time. The slowest recorded
vehicle was the No. 78 machine of Ray Black Jr. at 159.796 mph.

Keselowski led the second practice with a speed of 182.340 mph, while Reddick slid through the corners
into second at 181.281 mph.

Sixth through 10th were Elliott, Jamie McMurray in the Chip Ganassi Racing No. 42, Kaz Grala in the Fury
Race Cars No. 61, Austin Cindric in the Penske No. 12 and Briscoe.

Michael Annett completed the most laps in this practice with 42, while several drivers competed three
laps each. Mike Harmon’s No. 74 was the slowest vehicle at 164.956 mph.

Wesley has been with Fronstretch since October 2017. He loves well-told stories in whatever format he finds them. Aside from NASCAR, he enjoys reading, country music and OKC Thunder basketball. He has a BA in Liberal Arts/English and currently lives in eastern Oklahoma, where he works as a freelance writer/editor.
@@CoburnWesley
Previous Denny Hamlin Paces Single NASCAR Cup Practice Session Thursday at Charlotte
Next Kyle Busch Wins Pole for Coca-Cola 600

Subscribe: iTunes In this week’s edition of the Frontstretch Podcast, Dustin Albino and Mike Neff discuss the opening round of …